By HARISH SHARMA FROM GOA

The 52nd International Film Festival of India had two newspapers – The Peacock and Novita, albeit without any contact details or email addresses. What if a filmmaker or director wants to contact the editorial department? Unfortunately, it seems like a one-way street where only the newspaper staff can reach out to relevant people and story makers. On one of the evenings of IFFI, I met my friend Pritam Sharma, a Mumbaibased press relations officer (PRO) representing the IndoChinese Film Society to screen a Chinese film at the festival. He introduced me to many film folks. Anyway soon it was time for me to head back home and fortunately, there wasn’t any traffic, allowing me to reach South Goa in an hour. 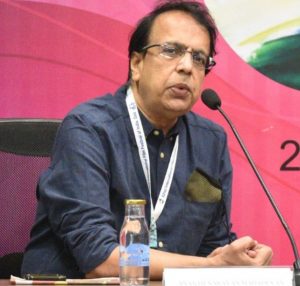 The Press Information Bureau (PIB) has upgraded its timely distribution of press releases and relevant photos. Although PIB invites various journalists, I don’t know what or where they publish their stories. The Minister of Information and Broadcasting, Anurag Thakur, should heed this section of the festival. They should also invite press agencies like PTI and IANS from Delhi, with paid travel and accommodation. In the digital age both the agencies can publish IFFI’s activities on four to five hundred digital platforms every day through press releases. IFFI’s press conference room is tiny, so much so that even 25 media persons cannot fit there. So it would have been better if the press conference was broadcast live by putting up screens at different points outside. The screens could have also showcased the projects of the 75 talented youth. 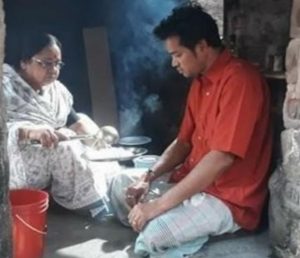 The national media has long since bypassed IFFI. When I started going in 2005-06, a lot of the Delhi media would visit. Journalists from almost all the newspapers and channels used to attend. Of course, now the media net virus has put an end to all entertainment news. But IFFI celebrates global cinema. If the world’s eyes are on this event, then the national media should also take note. The Indian media records the day of inauguration. After that, the coverage is not the same at the national level as it should be. PIB and Minister Anurag Thakur should look into this. The time has come for IFFI to go through a radical change. The coming five – ten years are of OTT. Multiplex networks should also start thinking seriously – films will not run in theatres. Recently released Sooryavanshi may provide some hope, but we must accept the truth in the long run. Time is changing rapidly, no one knows what direction OTT will take in the next five years, but changes will happen. That’s why I believe that IFFI should also focus on keeping pace. There has to be a change in the pattern going on for the last 50 years. What that would entail, we must sit together and discuss. My other suggestion is that IFFI Week should be celebrated on Doordarshan after the festival is over. The national channel should telecast all selected films, documentaries and short films. Except for commercial cinema, it is not possible to showcase the shortlisted films. If possible, the channel should also pay some compensation for these projects. At least 80% of feature films and short films are confined to film festivals. 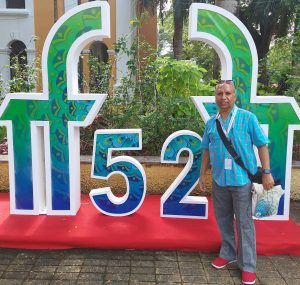 They should see the light of day on the big screen. Yes, one can upload the projects on YouTube, but there is no income there. Cracking an OTT deal is impossible for 99% of the people- OTT is full of agents and established production houses. So that area is also out of reach of the common producerdirector. 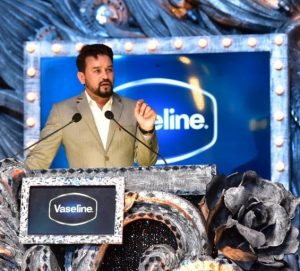 Alas, I know my words are simply words and will not make much difference. But there will be someone who can find the way and shine the light.

Lastly, this time the opening ceremony was spectacular. For the first time, many big film stars performed on the IFFI stage. What’s more, insiders say that superstar Salman Khan did not take a single penny for this show.

The enlightening journey covered over the last eight days finally reached its destination. I had the opportunity to gain knowledge and explore diverse schools of thought. One such highlight was the celebration of the 75 most talented filmmakers as part of the Azadi Ka Amrit Mahotsav. Only time will tell which of these skilled individuals will return to participate in the 53rd edition of the International Film Festival of India. The government should aid and support their talent, perhaps find a way to connect them to the National Film Development Corporation of India or the Press Information Bureau. But it is easier said than done. Another pressing question is whether there will be a felicitation next year in honour of 75 talented young filmmakers. So far, the esteemed Information and Broadcasting minister Anurag Thakur has not spoken about this subject. Had he made such an announcement, preparations would already have been underway, and many more talents would enter the selection. Minister Anurag Thakur said that filmmakers should highlight Indian culture and traditions on the festival’s last day. NFDC and other financial support will be made available to such films. It was a welcome announcement. First, however, Mr Thakur should go through the list of the last seven years’ NFDC films, considering his party has been in power since 2014. Only then will he understand the kind of culture the institute is promoting. I would also remind the minister of the Children’s Film Society of India (CFSI), headquartered in Mumbai. Both NFDC and CFSI start trending right before IFFI, but the rest of the year, there’s pin-drop silence. The Japanese film ‘Ring Wandering’ received the Golden Peacock award for being the best film, along with a cash prize of 40 lakh rupees. In my opinion, the best film should receive a more lucrative cash prize. The prize money for all related awards should increase in parity.

We already know the list of winners, but what’s more pressing is where one can watch these award-winning films? I want to reiterate that the government should employ Doordarshan to broadcast selected films and compensate them for the same.

The channel should carry out a strategic promotion. Such a step will prove fruitful for both Doordarshan and the world of cinema and film enthusiasts in India. The I&B minister commended the participation of all leading OTT platforms at IFFI, a first in the festival’s history. But did any of the platforms guarantee the selected films a spot in their rosters? Or have they provided a communication channel for filmmakers to contact them? The movies chosen at IFFI are stellar, so hosting them on their streaming platforms should be a no brainer. Perhaps the PIB should work towards this goal. Many people, including Suresh Sharma, former feature editor of Navbharat Times and now jury member, demanded that there should be a unique platform for documentaries and short films. The government should take the initiative in this. But, of course, YouTube is always the last resort, at least for mental satisfaction, if not for financial compensation. Chief Minister Pramod Sawant reiterated his demand to build a film city in Goa. But, unfortunately, it may not be the best course of action. Goa, a famous national and a global tourist spot, faces two major drawbacks: a) commute and b) mobile network. A state without the most basic of contemporary facilities to build a film city? Seems unlikely. On top of this, convincing the people of Goa to give away close to 300 acres of land at minimum is nigh impossible. Anyway, coming back to IFFI… One day, I noticed an EVM machine in one of the stalls. The machine served as an awareness tool for the upcoming assembly elections in Goa next year. Attendees were equally intrigued!

When I attended IFFI previously, a couple of stalls were allotted to traditional Goan items made by local artists. A truly vocal for local experience. The stalls were a hit among visitors who wanted to purchase keepsakes and mementoes. The stalls granted artists exposure and extra income. Since Heineken took Kingfisher under its fold, the cult-favourite brand is available in the market. But the king was missing from IFFI this year. Another beer brand had taken over. The past cannot remain hidden. Bengali docufeature ‘Sainbari’ demonstrated this beautifully and stayed true to facts. The film documents how 15000 people were brutally murdered in a single night. A Panorama India selection, this film deserves many an audience, and the PIB should show initiative. The global pandemic’s resulting lockdown has been the theme for many filmmakers. Hindi feature film ‘Alpha Beta Gamma’ is one such film, a selection in the Indian Panorama. The film, whose budget was less than a crore, is the story of a woman, her almost ex-husband, and her about-to-be husband under lockdown in the same house for 14 days. The Argentinian film ‘Unbalanced’ and Anant Mahadevan’s short ‘The Knocker’ follow the same theme. Usually, horror films are not part of film festivals as there are many different international film festivals for the genre. But IFFI saw Nushrat Bharucha’s film ‘Chhori’ open to a positive response.

In the evening, five musicians regaled the atmosphere with Portuguese, Konkani and Hindi music. Attendees not only enjoyed the music but also clicked photos and selfies with the band. The musical performance indeed hit the right chords. Two days into the festival, the number of film viewers increased exponentially, forcing the organizers to do away with the 50% capacity limit. The screenings thus ran to a full house, marking the success of the function. But such an arrangement was not made for the masterclasses is beyond me.

Sports films were also well received at IFFI. Four films were shown in this sub-genre, namely ‘Rookie’ and the Korean film ‘Fighter’.

In addition, the ‘Champion of Auschwitz’, based on the true story of Teddy, a boxer imprisoned in a Nazi camp, was commendable. The two main attractions of the festival were, first, the string of stalls lining the road outside the IFFI venue’s courtyard. This beautiful arrangement looked even more magnificent at night. The lighting was a sight to behold. Secondly, Samantha Ruth Prabhu, the Tamil and Telugu superstar who has gained a wider audience courtesy of Prime Video’s Family Man season 2 left everyone awed. Dressed in an elegant red saree, she attracted the largest crowd in the entire festival. Continuing the string of firsts, a Garhwali film titled ‘Sunpat’ was screened at IFFI. The 35-minute long film is directed by Rahul Rawat and produced by Rohit Rawat, who attended the festival. While discussing with Rahul, he mentioned that due to a surge in migration, close to 1500 villages in Uttarakhand appear to be ghost towns, emptied of all civilization. This is not a recent occurrence. When I briefly stayed in Pithoragarh in 198990, I visited many villages near and far as a journalist. I came across many villages without a single soul in sight. People who leave Uttarakhand never really return – those settled abroad still visit once in five to seven years, but the people who have migrated to various parts of the country rarely find the time. In this regard, ‘Sunpat’ is a mustwatch. Maybe it will convince those who once called Uttarakhand home to return as tourists, if not forever.

Here, I sign off. Until next year with more stories from the International Film Festival of India.