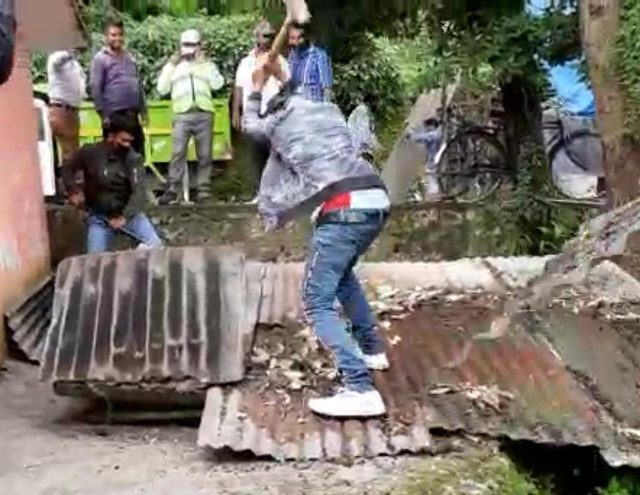 By Our Staff Reporter
Mussoorie, 29 Jul: Action continued against illegal constructions on the land of the municipality for the second day, here, today.
Illegal constructions near the Municipal Garden were demolished by the administration. Mussoorie Executive Officer ML Shah said that action is being taken to demolish the illegal construction on the land of the municipality at the instructions of Municipal Chairman Anuj Gupta. He said that, on Wednesday, two illegal constructions were demolished at the Company Garden in the presence of police.
He disclosed that this action would continue soon to evict the illegal occupants on Barah Katchi Marg. Additional police force has been demanded from the District Magistrate regarding this action.
Present on the occasion were Municipal Engineer RS Bisht, Assistant Tax Superintendent Girish Semwal, SI Binesh Kumar and others.