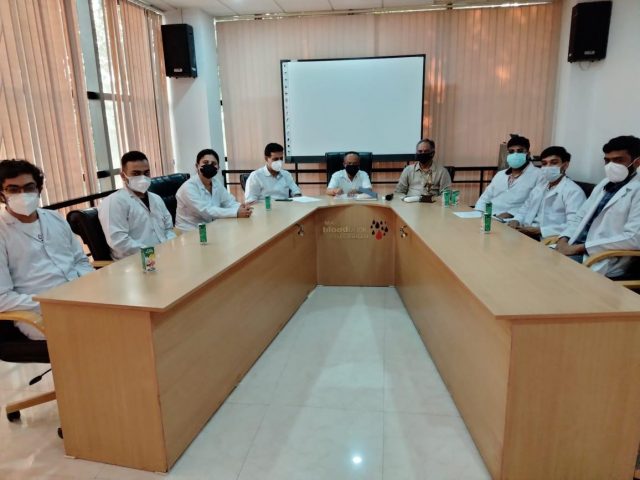 Dehradun, 15 Jun: The Indian Medical Association today observed ‘National Demand Day’. Its Uttarakhand unit held a press conference to announce that it would hold a National Protest Day with the slogans – “Save the Saviours”, “Stop Violence on Profession and Professionals” – on 18 June.
It was stated on the occasion that members of Indian Medical Association have maintained utmost restraint and patience in spite of repeated extreme provocations by anti- social elements. The Covid-19 has made doctors acutely aware of their helplessness against mindless abuse and violence. It was emphasised that harassment by the administration is nothing but violence by the state.
The IMA affirmed that patience and restraint are signs of their strength. Their legitimate needs for safe a workplace have to be met. Abuse and violence had to be stopped immediately. Members expressed their pain at having to witness the unleashing of violence on Covid duty doctors and paramedical staff in Assam, Bihar, West Bengal, Uttar Pradesh, Rajasthan, Chhattisgarh and many other places, leaving these Covid warriors with multiple grievous injuries. Even female doctors have not been spared.
It was pointed out that the matter has been brought to the notice of the Prime Minister, Home Minister and Health Minister but in vain.
The Chief Minister of Assam was thanked for his concern for the Covid heroes and the action against anti-social elements who had manhandled a doctor recently.
The IMA has sought immediate intervention by the Government of India and fulfillment of the following demands: The Central Hospital and Health Care Professional Protection Act should be tagged with the IPC and CrPC. Standardisation and augmentation of security in each hospital and declaration of hospitals as protected zones. Culprits of assault should be punished with stringent punishment under fast track courts.
IMA had directed all state and local branches to observe 15 June as National Demand Day and hold press meets.
All state and local branches have been asked to wear Black Badges and Black Masks on 18 June. Peaceful protests are to be organised by doctors and healthcare workers in front of their clinical establishments. A petition will be sent to the Prime Minister containing their demands. Branch Presidents and Secretaries have also been directed to organise public awareness meets involving all strata of society. The memorandum of demands shall be submitted to the local SSPs and DMs.