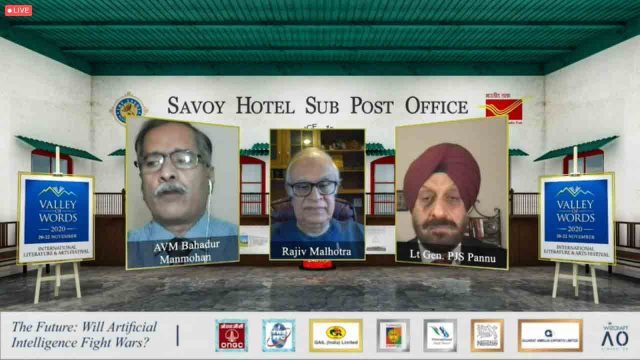 Dehradun,22 Nov: There were two very interesting conversations on Artificial Intelligence (AI) in two different sessions on the concluding day of the Valley of Words Literature & Arts Festival at Hotel Savoy in Mussoorie. One was titled, ‘The Future: Will Artificial Intelligence Fight Wars?’ The speakers were noted author and researcher Rajiv Malhotra and Lt Gen PJS Pannu (Retd) while the moderator was Air Vice Marshal Bahadur Manmohan (Retd). The second was the launch of the book, ‘Artificial Intelligence: Is India ready?’ authored by noted researcher and author Rajiv Malhotra, who is based in US. He was in conversation with the Curator of the Valley of Words Literature Festival, Dr Sanjeev Chopra. 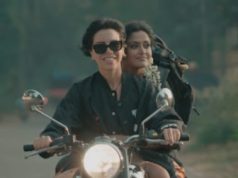