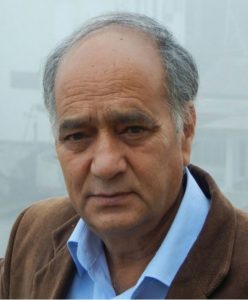 Every year the Valley of Words (VoW) Literature Festival organizes a debate competition for college students in Dehradun. The topic of debate for this season was ‘We should apply brakes on the Breaking News.’ Nothing could be more apt and timely when we are being constantly inundated with barrage of information out of proportion with our ability to sift and analyse it, and when the media blitzkrieg is relentlessly unleashed upon us as Breaking News. Do we not need a break? The question is rhetorical. But to conduct a debate you need two opposite sides and the young minds can marshal their arguments both for and against.

It shouldn’t surprise us if the debate on Breaking News had its devil’s advocates who would gladly argue for speed which is gripping us with its feverish pitch. My own view is to ask the purveyors of breaking news (and quite often fake news) to give us a break. However I have a larger point to make about the place of slowness in our lives (in preference to what is hailed as the cult of speed). For the greater part of human history life and work moved slowly, limited by the momentum of our bodies. But since the Industrial Revolution machines have enabled us to exceed speed limits. Since then, we have had to adapt to the speed of our machines, and our lifestyle has become determined by their schedules. The process of urbanization has made us forget about our natural rhythms. In the West time is viewed in its linear progression whereas the ancient traditions like the Chinese, Hindu and Buddhist traditions, view time as more cyclical. In Western society the finite time is therefore a precious resource. Perhaps the obsession with making the most of time grew when Benjamin Franklin coined the phrase: ‘Time is money.’ The modern urban life is fastpaced. The teeming streets and malls, an abundance of stimuli and options all compel us to rush rather than rest. In our rush to keep up with the speed of modern life, we forget about the pleasure of enjoying existence one bite at a time.

Fast is busy, aggressive, hurried, stressed, superficial, impatient and quantitative rather than qualitative. Slow is the opposite: free, calm, still, relaxed, deep, patient and qualitative rather than quantitative. It is about making real and meaningful connections -with people, culture, work, food, everything. Being slow means that you control the rhythms of your own life. You decide how fast you have to go given a certain situation.

Our accelerated lifestyle has found its way even to our dining tables. We have come to prefer food that is readily available, regardless of its health risks. So instead of sitting down to a meal with family and friends, we often eat alone, rapidly, usually while doing something else. These rushed eating habits and ready-made meals have adverse effects on our bodies. Eating fast doesn’t give our stomachs enough time to tell the brain that we’re full. But these habits aren’t insurmountable. We can learn to deal with food in a more mindful way. Cooking and eating slowly can be a wonderful way to unwind, like a form of meditation.

Take mobility of transport. Speedy travel robs us of the joy of slow- paced, leisurely, journey that might familiarise us with our surroundings, flora and fauna and the people around. Most people have got habituated to using their cars, instead of walking, even if they are required to cover short distances. Consequently we fall prey to several lifestyle diseases as we do not exercise our limbs enough, while the speed gives our thinking a staccato quality.

Indeed there is a connection between walking and thinking. Writers and philosophers have long known and appreciated the benefits of walking. Socrates, according to his pupil Plato, is often described as walking several miles while engaged in animated discussion with his companions. Aristotle famously did most of his philosophising while walking around Athens. Jean-Jacques Rousseau, one of the central figures of the Enlightenment, wrote an autobiographical work called Reveries of a Solitary Walker, in which he admits that he intensely felt inspired to think during his long walks around Paris. The German philosopher Immanuel Kant never ventured outside of his hometown of Königsberg in Prussia during his life but stuck to a regular daily schedule of an afternoon walk by which people would set their watches. His schedule was interrupted only once when he was unable to put down David Hume’s Treatise of Human Nature, which as he claimed had awoken him from his dogmatic slumber.

For Gandhi walking became a tool for swaraj. He familiarised himself with the condition of his people through his all too frequent marches in the country. The historic Dandi march led by him, with thousands of followers, that challenged the might of the British Empire, has become an iconic representation of non-violent resistance and satyagraha. The visual appeal of the protesters traversing long distances made a palpable impact. That also brings to mind another Gandhian, Martin Luther King, the AfroAmerican civil rights activist, who galvanised his people to fight against racism and staged a historic march at the Lincoln Memorial in Washington where he delivered his stirring speech ‘I have a dream.’

The Vietnamese Buddhist monk Thich Nhat Hanh elevates walking to a spiritual dimension. He advocates what he calls ‘walking meditation.’ To have peace of mind learn to walk in this way with a certain degree of mindfulness. When we walk with people it becomes a celebratory moment as we enjoy the companionship and engage with community at large. When we walk alone we talk with our deepest selves and discover truths about ourselves and the world.

India has more VIPs per square kilometre than in any other country. What a blessing! Every time their convoy passes by it holds up traffic, sometimes for hours, for the common man who has no choice but to wait patiently until the neta ji and his entourage get out of sight. Here’s a lesson we learn in waiting patiently thanks to our VIPs.

The access to information seems our greatest luxury nowadays whereas it is freedom from information, the chance to sit still, that should be our ultimate desire. Stillness is not just an indulgence for those with resources- it is a necessity for anyone who wishes to gather less material assets.

The seductions of technology are hard to resist, and in our age of instant information the instant gratification and urgency, the benefits of speed and efficiency can seem unalloyed, their desirability beyond debate, yet we must be attentive to what we stand to lose. As technology takes charge of our affairs the ‘human elements’ tend to become outmoded, redundant and dispensable.

With the networked computers shrunk to the size of our smartphones, it is a movable feast, available anytime, anywhere. It is in our home and at our office. Their expanding influence rarely allows the potential concerns to get in the way of their use and enjoyment of the technology. As the uses of the internet have proliferated, the time we devote to the medium has grown apace, even as speedier connections have allowed us to do more during every minute we are logged on. The more facts come streaming in on us, the less time we have to process any one of them. The one thing technology doesn’t provide us with is a sense of how to make the best use of technology.

The media spews out news and information, often trivial and dispensable, from news studios with twenty-four-hour news channels. More often than not the information we get on the social media is unverified and unreliable as on the unedited wikipedia. For instance there are those who remind us of the glories of ancient India without telling us whether they are referring to the mythical or the historical, making claims that there was internet during the Mahabhata times, our surgeons could perform plastic surgery and people could ride indigenously crafted Pushpak Vimanas. There was sanjivani buti as panacea for all mortal ailments. How wonderful, if only we could return to those times! I am sure that if the present government continues to remain in power long enough we will witness the return of our glorious past (including the Ram Rajya). Voters of all stripes, unite! You have nothing to lose but your pseudo-secular beliefs. All you have to do is to vote for the right (pun intended) political party.

We wait for more nuggets of wisdom from Kangana Ranaut, not forgetting Dina Nath Batra. What if Kangana does not have a string of academic degrees next to her name. She knows ‘entire history’ (her unique contribution to historical studies being the Begging Bowl Theory of Indian freedom movement). But we hope the nuggets will come to us in small doses and not at the speed of Breaking News. It takes time to absorb and recover from a shock.