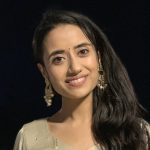 As we see the world slipping into 5 million cases by the coming weekend, while the government releases the economic stimulus into the market via different means, a lot of sectors have been ignored, not only just in the pandemic, but ever since they emerged. Palash Sen, a freelance Indian singer throws light on the apathy faced by the music industry in the present age.

Sen is a songwriter, musician, composer and actor best known as the founder and frontman of India’s Rock/Pop band ‘Euphoria’. Born to doctors, he comes from a family of Rajvaidyas and is the 17th generation physician of his family. He studied medicine at the University College of Medical Sciences and received an M.B.B.S. degree. While in college, Palash founded his band, Euphoria. He had started composing songs from college days and eventually decided to totally dedicate his life to his passion, music.

Amidst the pandemic, he says, “We, freelance musicians don’t work in films, are completely independent, have no office, no brand, or company, label, but have dedicated our lives to entertaining the masses. From mundaan to celebrations of marriages, you listen to songs, and it adds “life” to our lives, but in general people don’t talk about us, majorly because we don’t have a music industry of our own.”

Further expressing his disappointment, he adds, “We’re considered a part of the film industry only. However, in such a crisis, when there is no hope of concerts or shows being conducted in the near future, what would be the scope of income for our fraternity? We have just been dependent on independent music, be it a band performance, doing shows, concerts or independent recordings.”

He adds, “Even if they are entertaining you in the comfort of your homes, it’s just not for their own promotion, but for the sole purpose of entertaining you. Someone has to really voice their opinion from this industry. We need to have an organised system in the music industry. We don’t get royalties. We don’t know where the music is going. It’s important to moderate this now.”

“And, most importantly, the musicians should come together for their rights and be made responsible for managing this, rather than the film industry.”
“Indeed, the lockdown has compelled us to think that free music shouldn’t be available anywhere. Maybe it could cost less, but a price should be attached to it, rather than letting music lose its importance. An all India organisation could be established with policies, processes and structure with a full human capacity infrastructure to remove the shortcomings after establishing a music industry of their own,” he concludes.