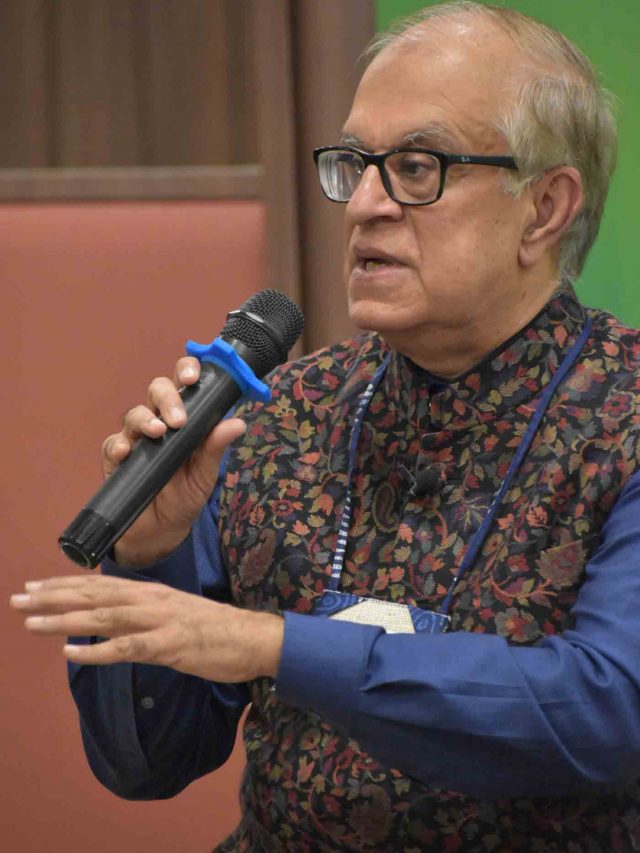 Dehradun, 15 Nov: Noted researcher and author Rajiv Malhotra said, today, that Artificial Intelligence (AI) was developing rapidly, but India and most of the world were yet to come to terms with it. Malhotra was delivering the keynote address at the inaugural session of the three day Valley of Words International Literature & Arts Festival being hosted at Hotel Madhuban, here, today. The keynote address was on the topic, “Civilisation in the age of Artificial Intelligence”. The session was chaired by the chief inspiration behind the festival and senior IAS officer, Sanjeev Chopra. Malhotra said that a lot of work was being in the field of Artificial Intelligence and, according to most experts, up to 80-90 percent of the work being done by the humans as part of their jobs would be replaced by the computer devices using artificial intelligence. Therefore, artificial intelligence posed a huge challenge for the entire human civilisation and society. Unfortunately, in India, the governments and society were not even taking this challenge seriously and was not even willing to think about it. It is a subject that had not been adequately understood. Artificial Intelligence had a humble beginning but now was taking rapid strides. The US and China had taken a big lead over all other countries, Malhotra emphasised. Malhotra added, “Fifty years ago, when I was entering the computer science world, we were trying to make computers play chess, but the computers were not able to beat even the average level of chess players. Now, they easily beat even the best of the grandmasters.” He added that immense progress had been achieved in the field of artificial intelligence, and it had, both, positive and negative aspects. Computers had now been taught to learn by themselves through a large number of examples, much in the fashion a child learnt about life through experience. Artificial intelligence was no more restricted to store and use merely what had been fed into the computers. He said that there were many aspects to the rapidly growing field of artificial intelligence. On the positive side, it did offer many goodies like automated surgeries and other benefits. However, it had also the potential of huge social sector impacts not necessarily positive. It could be used much more destructively during wars by using drones, etc., and China was already into it. Besides this, it was bound to disrupt the societies and create a new category of haves and have-nots. With the artificial intelligence taking over, even more human jobs would be wiped out, and there would be a larger number of unemployed people. Unfortunately, the powerful companies treated nature and animals merely as property to be exploited. In addition, wealth and power would get concentrated in even fewer hands, while the poor would continue to get poorer still. These people would remain just consumers and not producers which would not be sustainable in the long run. This would create an unprecedented level of conflicts. Those who were technically qualified and had mastered technology would be the haves and the rest would just be have-nots. AI was poised to replace most of the jobs the youth currently were aspiring to get. He added that USA and China had 80 percent share of new technologies in it. India was nowhere in the picture which was sad because India had a cutting edge lead in the IT sector not long ago. Most Indian Tech giants ought to be ashamed of themselves. Despite having a clear cut lead in the field of IT, they had allowed China to take over. Most of the present Indian IT companies now depended on cheap skilled labour to get projects from the West. However, with most of the work set to be replaced by AI, there would be no need left for a cheap workforce which would be rendered jobless. But the companies were not readying themselves for the challenges that they would face in near future from AI led technology. AI would make a world where ability to read and write would no more remain the yardstick of education. Both, Indian and western civilisations were vulnerable to the dramatic change that was expected by way artificial intelligence. It was a paradoxical situation. One could say that the western civilisation and culture which were based more on consumerism would suffer more because a large section of consumers would be rendered jobless and thus would not be able to sustain as consumers without any corresponding income. Indian civilisation and culture traditionally was not materialistic in nature and had the ability to sustain with lesser consumption. However the Indian society was even then vulnerable because it had a very large population and therefore very high number of consumers. Without jobs and employment, it would suffer due to AI. India had a population of less than 300 million during British rule. It had since grown four-fold. Malhotra further said that the current Indian Government had launched some good initiatives like Make in India but this would not be adequate given the challenges posed in the near future due to rapidly changing technologies and AI. The Indian state needed to come to terms with the challenges posed by AI, and also needed to build a grand narrative of its own. Children in US, Japan, France and Russia were taught how exceptional their nations were, India also needed to look into its roots and meet the challenges in a more innovative manner.