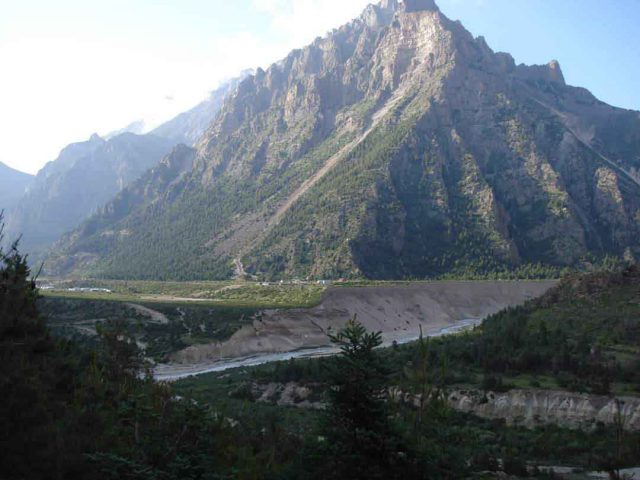 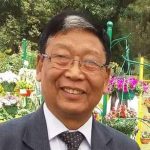 By Nrip Singh Napalchyal
The origin of the river Kali is at the centre of the latest boundary dispute between India and Nepal. The entire area comprising 7 villages of Dharchula Sub-Division in India and the two villages now in Nepal on this border came to be known as Vyas and later Byans by its historical association with Maharshi Vyas, who was so distraught and anguished in the aftermath of the Mahabharata War, that he had gone on a pilgrimage to Kailash-Manasarovar through Byans and was so overwhelmed by the simplicity and affection of the people of Byans that he decided to settle down here. But legend has it that the Pandava Prince, Bhim, had gone to fetch him to be part of the Rajsuya Yagna of Yudhisthir and he had to reluctantly part with the people. In memory of his association, this entire area is called Vyas. In the Manas Khand of Skand Purana, it is called Vyasashram and Kali River as Shyama. The people of all the nine villages venerate and worship Maharshi Vyas and, every year, on the full moon day of the month of Bhadon is held the Vyas Rishi Mela.

Adminstratively, on the Indian side, the region is now known as Byans (Vyas) Patti while on the Nepalese side, it is Vyas Himal and the two villages of Chhangru and Tinkar comprise the Vyas Gaon Palika.

The Vyas region, comprising these 9 villages, was thus one cultural and political unit bound by geography, the same culture and language, common history and shared beliefs. It was dismembered by the Treaty of Sugauli in 1816 as the two villages of this region, viz. Chhangru and Tinkar, were given to Nepal as falling to the east of the river Kali. The British, being new to the region, had very little or, at best, a sketchy idea about the geography of this area and had accepted the Kali river originating from Kalapani as the boundary instead of the Api-Nampa mountains and Tinker River which formed the natural boundary separating the territories of Kumaon in India and Doti in Nepal. Hence, historically and logically, the entire Vyas region, being part of the kingdom of Chand Rajas of Kumaon, should have gone to India.

But Bam Shah, also known as Bhima Shah, who was then the Chauntara (Governor) of Doti and was one of the chief negotiators from the Nepalese side, and had earlier surrendered before the British at Almora, had prevailed upon the East India Company negotiators to accept Kali River as the boundary. Having himself surrendered at Almora on 26 April, 1815, and having also ensured the surrender of Amar Singh Thapa at Sirmur-Nahan and Kangra without much fight, and Ranjor Singh at Srinagar Garhwal without any fight, Bam Shah had ingratiated himself with the British and had won their trust. So, when Lieutenant Webb was demarcating the boundary in these parts, and had included these two villages north of Tinkar River in the British territory, they had to be given to Nepal in the spirit of and following the implementation of the Treaty of Sugauli. Bam Shah thus ensured that not only an additional territory of approximately 150 square kilometres went to Nepal but also the strategic Tinkar Pass opening into Tibet. It was a big concession to Nepal but it also finally sealed the Treaty.

After getting the British to agree to Kali River as the boundary and getting the two villages of Chhangru and Tinkar and the adjoining areas east of River Kali, the Nepalese rulers came up with the concept of Mahakali River claiming the Kuti Yangti (river) was the Mahakali River. This contention of Nepal was strongly rejected ab-initio by the British, and Edward Gardener, the Company‘s Agent to the Nepal Kingdom, wrote to the Nepal Durbar not once but twice in 1818 rejecting Nepal’s untenable and absurd claim. In any case, Mahakali was a clever post-treaty invention of the Nepalese to incorporate the Kuti Yangti (river) and replace with it Kali River emanating from Kalapani. The Treaty of Sugauli has reference only to Kali River as the boundary line and nowhere is Mahakali mentioned in it. Mahakali was thus a post-Treaty construct aimed at subsuming the areas east of Kuti Yangti. Kuti Yangti originating from the Limpiyadhura–Mangshyadhura range has never been known as Kali or Mahakali and derives its name from Kuti, the first village on its descent to the south. It meets the river Kali coming from Kalapani at the southern tip of village Gunji. Thus, it is chicanery of the first order on the part of Nepal to rebrand Kuti Yangti as Mahakali to advance its absurd claim. The Nepalese lament of the Treaty being one-sided and unequal is also equally absurd as they had the British eating out of their hands at the negotiating table.

The expansionist and jingoistic narratives of the Nepalese and their media and their outlandish claim about ‘Kalapani to Nalapani’ is hurting the sentiments of the people of Uttarakhand who had suffered the worst misrule and brutalities during the Gorkha occupation of the region for about 25 years during CE 1790 -1815. Historically, India has more to be aggrieved as that period of Gorkha misrule is remembered by the people of Kumaon and Garhwal as Gorkhel and the worst atrocities and slave trade enforced by the Gorkha regime have left a deep scar on the psyche of the people. Claiming Kalapani or any other area is like rubbing salt to the historical wound. India would, therefore, be justified to demand of the Nepalese Government an apology for all the wrongs done and brutalities inflicted on Indians during that period. If the Treaty of Sugauli, concluded more than 200 years ago, is to be revisited, Nepal would have to restore Chhangru and Tinkar villages to India and accept Api-Nampa Mountains and Tinkar River as the redefined boundary line.