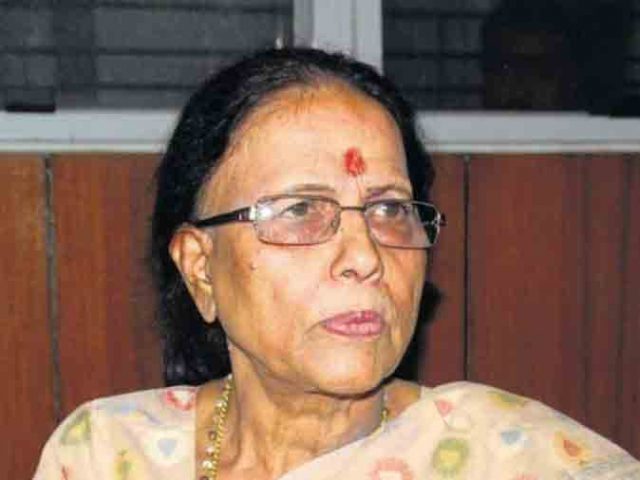 Dehradun, 15 Mar: Leader of the Opposition Dr Indira Hridayesh suddenly fell ill during a rally in Srinagar (Pauri) and, after preliminary treatment in Deoprayag, was brought to AIIMS in Rishikesh and admitted there, yesterday. Today, she was brought to Jolly Grant Airport from Rishikesh AIIMS and left for Delhi for further treatment. Her condition is stated to be stable.
It may be recalled that Hridayesh had gone to Srinagar on Sunday to attend her party’s (Congress) Jan Aakrosh Rally. On the stage, she felt ill and had to leave the stage without addressing the rally. She was brought to the NHPC BHEL guest house but, as her health deteriorated, a team of doctors from the Community Health Centre, Deoprayag, attended to her. She was referred to AIIMS Rishikesh. She is reported to be suffering from dehydration and an increased level of blood sugar, though her blood pressure was normal according to the doctors at AIIMS Rishikesh.
Sources in Congress revealed that she was taken in the evening to Delhi for further treatment.
While she was at AIIMS Rishikesh, Prem Chand Aggarwal, Speaker of the Uttarakhand Assembly and Rishikesh MLA, visited her and inquired about her condition. He wished her a speedy recovery. Earlier, while she was at the Guest House in Deoprayag, senior Congress leaders led by PCC Chief Pritam Singh also visited her after their rally and wished her well.