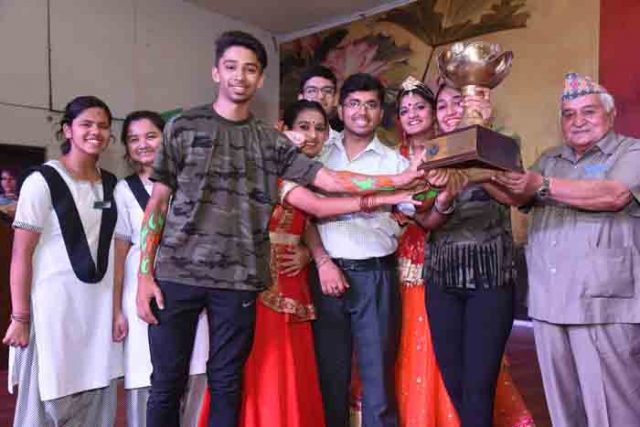 By OUR STAFF REPORTER
Dehradun, 24 May: Today saw Summer Valley School come alive in colour, music and action during its Inter House Music and Dance Competition. Lt Gen TPS Rawat (Retd) was the Chief Guest. General Rawat is a former State Cabinet Minister.
The evening began with the welcome of the Chief Guest, who lit the ceremonial lamp, following which the competition commenced.
Over 250 students participated in the event with great enthusiasm and zeal. The various categories in which the students performed were Indian music, Western Music, Indian Dance and Western Dance. It is for the first time in this competition’s history that the dancers showcased their dancing talent to a live music performance by the choir. The Indian Dance Group with the theme ‘Old is Gold’ beautifully portrayed their dance forms by dancing to old melodious songs sung by the choir.
The judges for Indian Music were Lakshmi Mishra and Kamal Singh. The Indian Dance competition was judged by Sharda Dhyani and Namita Mohan.
This was followed by Western Dance and Music. The students mesmerised the audience with their dance moves and on point execution. The choir sang popular English songs on which the audience too could be seen tapping their feet. The judges for Western Music were Sunil Kumar and Vishal Thapa. Western Dance was judged by Riya Kanajiya and Shashwat Pandit.
The coordination and synchronisation between the students showcased their team spirit. After the spectacular performances, the Chief Guest addressed the audience. Following this, Principal Col (Dr) Jaswinder Singh proposed the vote of thanks.