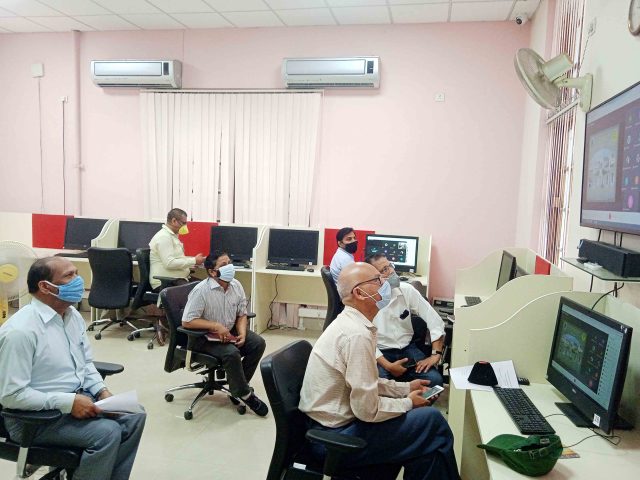 By Our Staff Reporter
DEHRADUN, 22 May: Forest Research Institute (FRI), Dehradun celebrated International Biodiversity Day-2021 on 22nd May, 2021. On this occasion, a webinar was organized for awareness on Biodiversity and its conservation. The webinar was inaugurated by the Chief Guest, Arun Singh Rawat, IFS, Director General, Indian Council of Forestry Research and Education and Director, FRI, Dehradun. In his inaugural speech, he told that the loss of floral and faunal biodiversity is at an alarming stage and there is a dire need to protect and conserve it today. He said that due to disturbance of the floral biodiversity by mankind and increasing human population, there is conflict between man and  animals. He further stated that global warming and climate change is also responsible for deterioration of biodiversity. He said that for establishment of ecological balance, the conservation of biodiversity is compulsory. Deepak Mishra, IFS, Head Extension Division, FRI welcomed the Chief Guest and other participants of the webinar. He also gave emphasis on importance of biodiversity and its conservation.
In the said webinar, a special lecture on “Biodiversity and its conservation” was delivered By Dr. Anup Chandra, Head, Botany Division, FRI, Dehradun. In his lecture, he highlighted the floral biodiversity and its global status and rank of India. He said that due to over exploitation many species of herbs, shrubs and trees are under threat and if this continues their existence in nature would be threatened. He also told about market status in the Indian context and conservation laws of Biodiversity.
Movies on Biodiversity of the FRI campus and insect biodiversity were also screened during the webinar. A virtual prize distribution of the completion conducted  under PRAKRATI programme on the theme “Healthy Forests for Healthy Humanity” for Junior and senior group students of Kendiya Vidyalay and Novodaya Vidyala on the occasion of International Day of Forests-2021 was also done and winners were awarded 1st, 2nd, 3rd and consolation prizes respectively.
The programme  concluded with vote of thanks by Dr. Charan Singh, Scientist-F, Extension Division.