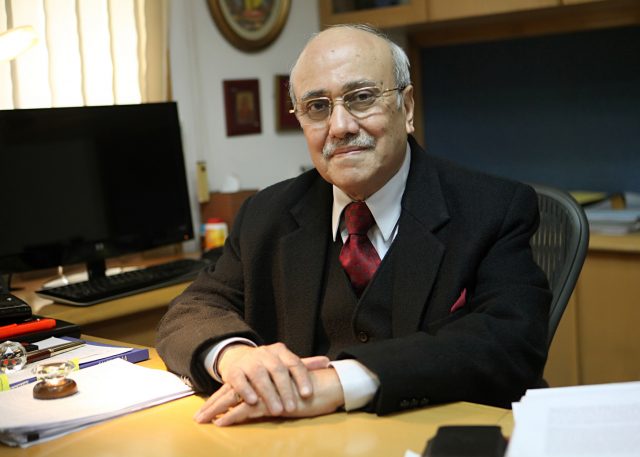 By OUR STAFF REPORTER
Dehradun, 28 Jul: The ongoing heavy rains in various parts of the country including hill states of Uttarakhand, Himachal Pradesh, Jammu and Kashmir and North Eastern States in the country have led to landslides, flooding and bridge collapses resulting in loss of life and disruption of road traffic for days.
The International Road Federation (IRF), a Geneva based global body working for better and safer roads worldwide, has stressed on the need for installation of crash barriers, incorporation of latest technologies, stabilising of slopes, separate tough driving licences for hill drivers, use of quick launch bridges to restore traffic and stricter fitness and overloading norms for vehicles.
“The hill roads in the country are prone to regular road accidents. A lot needs to be done to ensure road safety, especially in higher areas. The government should plan to incorporate the latest technologies and safety features, including installation of soil and slope stabilisation and roadside safety in the hilly terrain infrastructure, crash barriers, intelligent traffic plans, rumble strips, use of speed governors and proper signage,” said KK Kapila, President Emeritus, International Road Federation (IRF), in a statement, today.
“The recent move by Union Ministry of Road Transport and Highways on installation of crash barriers and parapets on most of the hill roads in Uttarakhand, including the Char Dham Yatra route to curb accidents and make the hill roads safer is welcome. Road crash barrier systems are used worldwide on highways, especially on hill roads, to physically prevent vehicles from running off the roadway or falling down a steep slope and protect vehicles hitting a roadside object.” added Kapila.
“At present, most of the hill roads in the country have been constructed around hill slopes, which remain cut off during heavy rains due to landslides. Construction of well-engineered safe tunnels and long bridges will help in movement of traffic around the year. The Ministry of Roads and State PWDs should focus on engineering safe roads rather than more roads as rectifying faulty designed roads with black spots is more expensive than building safe roads. Similarly, the stress should also be on safe vehicles with higher visibility features, including ABS brakes, reflective tapes on commercial vehicles and mandatory fog lamps on all vehicles,” he added.
Kapila also stressed on New Generation pre-fabricated quick launch bridges in India to replace damaged bridges. India has challenging ground conditions in places the hills states, which are prone to heavy rains, flooding, landslides and difficult terrain. In these areas, the pre-engineered and quick launch bridges can be of big help.
India accounts for the highest number of road accident deaths and accounts for more than 11 per cent of global road accident deaths. During the year 2020, about 1.50 lakh people died in road accidents in the country.

Garhwal Post has established itself as a credible, balanced and forward looking newspaper in India. Based in Uttarakhand, the daily is read by the aware, socially and culturally responsible, high-income elite of society.
Contact us: info@garhwalpost.in
widow dating site