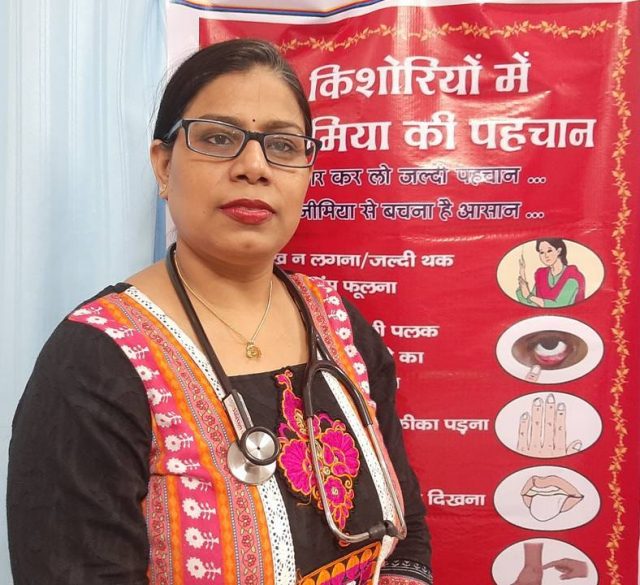 By Our Staff Reporter
Dehradun, 20 Aug: Dr Sujata Sanjay, gynaecologist, organised a webinar on “Anemia during Pregnancy”. More than 40 medical, nursing students and adolescent girls from Uttar Pradesh, Uttarakhand, Himachal Pradesh and Punjab participated.
“Woman’s blood changes during the course of a pregnancy in response to the demands of the growing foetus. The volume of the plasma increases gradually but certainly, expanding by 40 to 50 percent, so that at the end of the pregnancy there is almost a litre more blood in circulation than at the beginning. At the same time, the mass of red blood cells increases about 25 percent. Since anaemia is measured by calculating the amount of haemoglobin (incorporated with the red blood cells) to the amount of blood volume, the value drops because of these changes,” said Dr Sujata.
In anaemia, haemoglobin drops below 10 milligrams per cubic centimetre, and this can happen in some pregnant patients, although they have more circulating red blood cells during pregnancy than at other times. The term “physiologic” anaemia of pregnancy is often used to describe the condition.
Additional iron also is needed for foetal growth. During the course of a pregnancy, an additional 800-plus milligrams of iron are needed, a quantity that is difficult to get from diet alone. That is why iron supplements are routinely prescribed for pregnant women. The iron may be contained in ferrous sulfate or ferrous gluconate, which may be included in a general vitamin supplement or taken as a separate pill or capsule. Iron also aids the functioning of a protein called thyroid peroxidase (TPO), which is crucial for the production of thyroid hormone. Pregnant women need to produce enough thyroid hormone in order for their babies’ brains to fully develop. This is particularly important in the first trimester of pregnancy, when the foetus has yet to develop its own thyroid gland, she added.
Women are at increased risk because of higher rates of dietary iron deficiency, inherited blood disorders, nutrient deficiencies and infections such as malaria, HIV and hookworm. Anemic pregnant women are twice as likely to die during or shortly after pregnancy than those without the blood condition, according to an international study.
“Anaemia in pregnancy is one of the most common medical problems pregnant women encounter both in low and high income countries,” added Dr Sujata. If a woman develops severe anaemia at any point in her pregnancy or in the seven days after delivery, she is at a higher risk of dying, making urgent treatment even more important.”
Improved access to antenatal care in remote areas, hookworm treatment and access to transfusion services are among the recommendations to reduce anaemia. If there is a condition provoking a “true” anaemia, it must be remedied to ensure a healthy pregnancy.