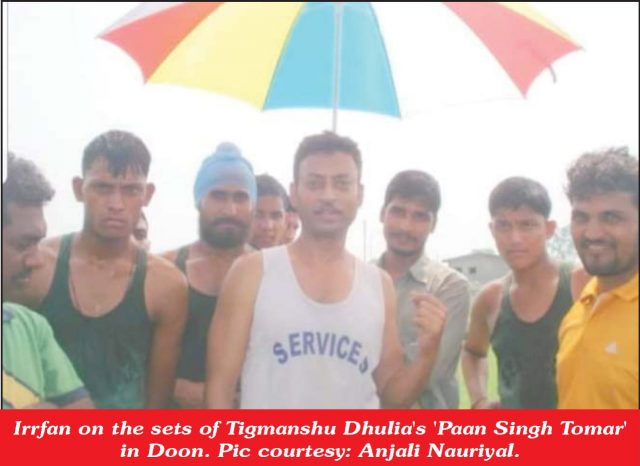 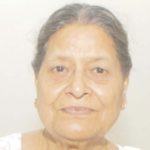 Irrfan, your ever smiling face, eyes that said a lot. All of them have now become the past! As I recall early days, then the first incident that comes in my memory is from the famous banks of Sangam in Prayagraj (Allahabad) when I first saw Irrfan during the shooting of Tigmanshu’s film Haasil. I spotted Tigmanshu with Irrfan standing near a cart-vender of peanuts and enjoying the roasted peanuts. I asked the driver to stop. “Maa! He is Irrfan”, said Tigmanshu introducing him. A tall but lean body, a happy face and eyes which were very expressive! I noticed that both Tigmanshu and Irrfan had their eyes focussed on the casserole in my hands which I had brought packed with some home cooked food!

(Sumitra Dhulia lives in Dehradun and by turn visits her three sons in Mumbai and Nainital. She is retired Assistant Professor, Central Pedagogical Institute, Allahabad.
This memoir was originally written in Hindi and has been translated by Arun Pratap Singh.)