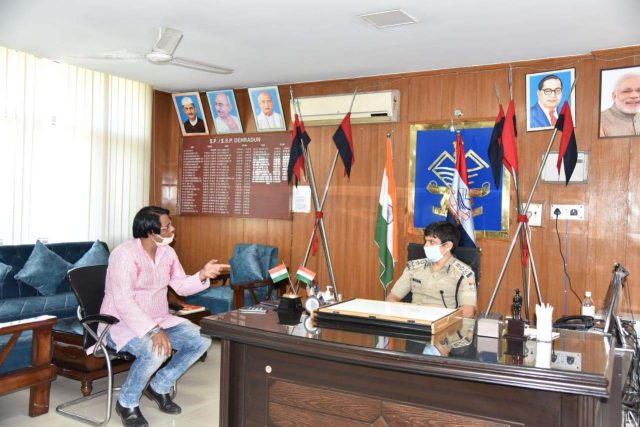 By OUR STAFF REPORTER
Mussoorie, 9 Jul: In view of the number of tourists increasing in Mussoorie and the shortage of police force in the town, Mussoorie Congress President Gaurav Aggarwal met DIG Arun Mohan Joshi and apprised him of the problems being caused by this situation.
Gaurav Aggarwal said that the Mussoorie police, led by police In-charge Devendra Aswal, is doing a better job to deal with the Corona epidemic and policing but due to lack of adequate force, people are facing a lot of problems. He asked DIG Arun Mohan Joshi to increase the police force in Mussoorie.
He said that, after Unlock-2, the influx of tourists had started increasing in Mussoorie. In such a situation, they should be allowed to enter Mussoorie only after seeing the corona test negative report, otherwise corona infection could spread in Mussoorie.
He said that although the entry to Mussoorie was being continually monitored by the police in Kolukhet, there were many other routes to Mussoorie that needed to be acess controlled.
DIG Arun Mohan Joshi instructed CO Mussoorie to take cognisance of such problems with immediate effect.