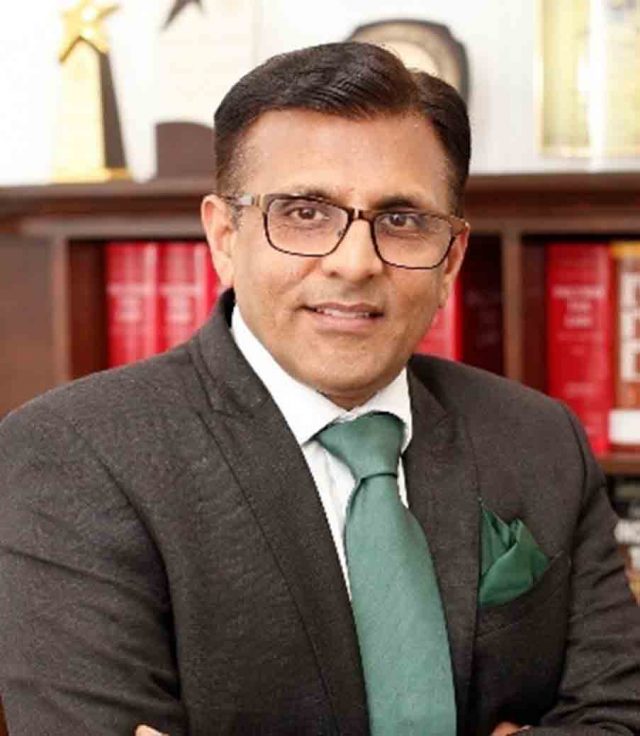 By Verendra Kalra
Budget 2021 had to bear the burden of huge expectations to put India back on a recovery path following a deep recession induced by the pandemic and the consequent lockdowns. The budget proposals were presented in the dismal backdrop that witnessed massive contraction in the GDP by 23.9% in the first quarter and a contraction of 7.5% in the second quarter of FY 2020-21. As expected, the revised estimate of fiscal deficit for 2020-21 is estimated at an unprecedented 9.5% of GDP. Due to the three Atmanirbar Bharat packages and the RBI measures to resurrect the moribund economy, there was already an expectation that under such exceptional circumstances, the fiscal discipline, which had already taken a big hit, would need to be put on the back burner for some more years to address the more urgent task in hand of reviving growth. Not surprisingly, the government chose to opt for the former. The budget estimate of the same has been pegged at 6.8% in 2021-22, and the government has given clear signals that it aims to bring this down gradually to below 4.5% by 2025-26.

Union Finance Minister Nirmala Sitharaman presented the Union Budget 2021 with focus on 6 pillars to energise the economy, which has been battered by the Covid-19 pandemic.The six pillars are: Health and Well-Being, Physical and Financial capital and infrastructure, Inclusive Development or Aspirational India, Reinvigorating Human Capital, Innovation and R&D, Minimum Government and Maximum Governance.

It is no surprise that health infrastructure comes as a priority for the Government during the pandemic year, as the FM announces an outlay of Rs 64,180 crores (Rs 641.8 billion) for the Pradhan Mantri Atmanirbhar Swasth Bharat Yojana. A holistic approach to health (by strengthening Preventive, Curative, and Well-being aspects) and increasing its allocation by 137 per cent is undoubtedly a much-needed shot in the arm. This year’s Budget strongly acknowledges the importance of a clean environment, and clean water and sanitation as a prerequisite to achieving universal health. Taking that into consideration, the Jal Jeevan Mission (Urban) will be implemented over the next 5 years with an estimated outlay of more than Rs 2.87 lakh crores (Rs 2.87 trillion). All these steps are important to build a strong economy through a healthy nation.

One needs to also look at the proposals for physical and financial capital and infrastructure. Under various heads, the Budget proposes a sharp increase in capital expenditure having provided Rs 5.54 lakh crores (Rs 5.54 trillion), 34.5% more than the BE of last year. This will help firm-level bottom-lines and macroeconomic growth. Additionally, it is also expected to create short and medium-term employment, thereby helping the cause of boosting domestic consumption demand.

Setting up of a new Development Financial Institution, Multiple Infrastructure Investment Trusts, and national monetisation pipeline will help draw in foreign investors to bring in long term funds for the country’s infrastructural needs.

The most critical developmental statement has emerged under Aspirational India, where various elements of the welfare state in the Indian context, namely, Agriculture and Allied sectors, farmers’ welfare and rural India, migrant workers and labour, and financial inclusion, have been given major allocations.

For foreign investors, the India story is promised to be made even better. FDI cap in insurance has been raised to 74% from 49 % earlier. This will help deepen insurance penetration in India, promote better competition among the local players and provide long term gestation funds, too. No TDS on dividend payment to REIT/InvIT and lower treaty rates on dividends to FPI’s will also encourage investments.

Allocation of funds for capitalisation of banks is much below than what was expected. However, other reforms such as a proposal to set up an ARC to take over existing stressed bank loans and sell to AIFs will help bank to focus on their core activities.

On the direct tax front, Finance Minister Nirmala Sitharaman announced several proposals for the benefit of depositors, investors and taxpayers. The budget has put emphasis on a stable tax regime and not introduced any new tax or any major change in the taxation structure. A few reforms for ease of doing business in India have also been announced which will be an added opportunity to attract interest from foreign investors.

Measures like exempting senior citizens (75 years and above) who only have pension and interest income from filing income tax returns, the time limit for reopening I-T assessment cases halved to 3 years from 6 years, increase in limit for tax audit for persons who carry out 95% of their transactions digitally, and additional deduction for loans taken up till March 2022 for purchase of affordable housing are all steps in the much-promised ease of living reforms. Additionally, the proposal to extend the eligibility for claiming tax holiday for start-ups by one more year and incentivising the incorporation of a one-person company to enable them to grow will give a further fillip to the burgeoning start-up culture in the country.

The FM has also proposed faceless proceedings at the ITAT so as to bring more transparency in disposal of appeals at the ITAT and also achieve equitable distribution of work amongst different benches of ITAT through dynamic jurisdiction allocation.

On the indirect tax side, the FM has proposed to rationalise the duty structures and remove anomalies by reviewing over 400 archaic exemptions this year. Other welcome amendments in the legal provisions are aimed to address ease compliance, and yet make it difficult to evade tax. It appears that the government’s efforts to continuously calibrate the GST regime have now started paying results, as the collection in the last few months have touched Rs 1.2 lac crore despite the fact that the economy is still struggling to recover from the pandemic impact.

Budget 2021 is an out and out spending based budget, designed to stimulate growth, now, and rein in fiscal deficit later through buoyancy in tax collections riding on such growth. This will require accelerated and targeted administrative reforms to improve compliance. Monetisation of assets and ambitious disinvestments are the other prime revenues sources which the government is eyeing. Keeping in view the past track record in these areas, this apparently will be a herculean task.

Given that the Budget 2021 attempts to address the Sustainable Development Goals and growth needs in an attempted integrated framework, it seems that the Indian policymaking is now transcending the contours of myopic growth-driven economic vision to a holistic development-centric approach.The naysayers may have their doubts, but with the all-round visible improvement in the execution capability built up in the country over the years, it looks like that India and Bharat can together convert today’s crisis into tomorrow’s opportunity. Amen!!!

(The author is a practicing Chartered Accountant and the Chairman of PHD Chamber of Commerce and Industries, Uttarakhand Chapter)