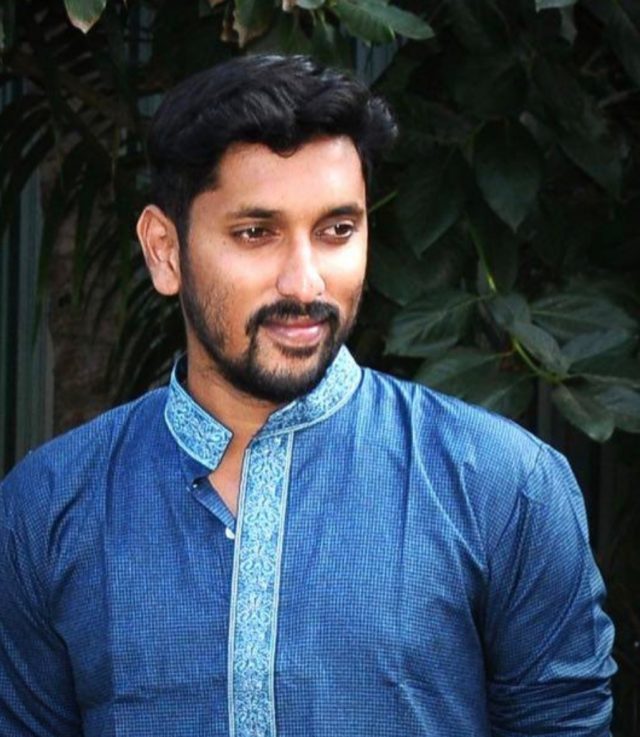 By Arun Pratap Singh
Dehradun, 6 Nov: The Adi Shankaracharya statue installed at Kedarnath and unveiled by Prime Minister Narendra Modi was curated by famous sculptor Arun Yogiraj from Mysuru in Karnataka.
Speaking to Garhwal Post, Yogiraj informed that it took a period of 9 months and the assistance from seven of his assistants, to make the statue. He also disclosed that the 12 feet high statue weighed around 28 tons and was carved out of Krishna Stone, which was available in Karnataka. He added that the order to make the statue was given to him by JSW, after due approval from the Prime Minister’s Office. He reminded that JSW and the PMO were monitoring the progress of the making of the statue regularly and every month he used to send progress report and photographs to JSW which in turn reported the progress to the PMO. 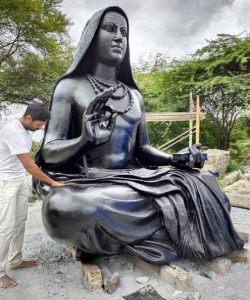 The commercial aspects of the statue making were taken care of by JSW, while the PMO too advised regularly on the artistic aspects of the statue. He added that though the PMO was convinced about his artistic abilities, still, it made every effort to ensure that the statue turned out to be perfect in form and beautiful to look at from every angle.
The 37 year old sculptor is a fifth generation sculptor in his family and has made hundreds of famous statues including those of Maharaja of Mysore, and that of Rama Krishna Paramhansa and several other sages and leading personalities. His statues have gone as far as USA.
Yogiraj informed that he had received a message from the PMO that soon he would be invited for a meeting at the PMO with Prime Minister Modi. He also informed that though, he had not been in direct touch with the Uttarakhand Government during the making of the statue, he had seen the tweets of Chief Minister Pushkar Singh Dhami and Tourism Department appreciating the beauty of the Adi Shankaracharya.
He informed that the statue is in several parts but refused to divulge the details citing security and the secrecy clauses. He said that up to Chamoli district, the statue was transported by road and from there in a Chinook helicopter. He said that it was a matter of great creative satisfaction for him that the beauty of the statue had been appreciated by all concerned, and that it had been installed in such a divine place as Kedarnath, where there was not only a Swayambhu Shiva lingam but also the Samadhi of Adi Shankaracharya!