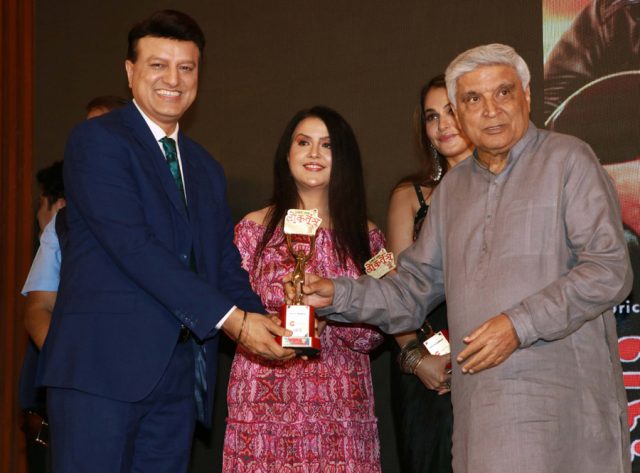 MUMBAI, 7 Aug: Real life advocate Ameet Kumar is now going to be seen as a lawyer in a film. The trailer and music launch of the political satirical comedy film, ‘Love You Loktantra’, under the banner of Zurich Media House LLP, was launched at The Club, Mumbai. Bollywood star Jackie Shroff and Javed Akhtar were the chief guests at the event. Many celebs including Poonam Dhillon and Kashmira Shah were also present. 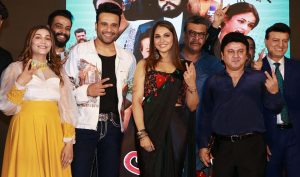 Music composer Lalit Pandit, singer Shaan, Abhijeet Bhattacharya and Amrita Fadnavis were also present at the event. The writer of the film is Sanjay Chhel. Yogesh Lakhani of Bright Outdoor was also present. 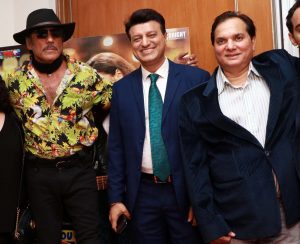 Krushna Abhishek will be seen dancing to a special song in this film. Krushna also performed the hook step of this song with his wife and actress, Kashmera Shah. He said, “It is a mind blowing song, it is one of my favorites. I always look forward to dance, because I love dancing, it is my passion. As soon as this song was offered to me, I immediately agreed as it is an amazing dance number. Kashmera felt that her husband has become an item boy.”

Ameet Kumar, who is making his debut as an actor with this film, said, “In court we work as lawyers, but acting as a lawyer was quite challenging. We shot during the pandemic. We had been thinking of making a film for a long time but I did not like any script. Then Sanjay Chhel gave me the story idea. What happened recently in the politics of Maharashtra is similar to what we thought about a year and a half ago, for the story of this film. It is a coincidence that our imagination turned into reality.”

All the co-stars Isha Koppikar, Manoj Joshi, Sneha Ullal, Ravi Kishan were very supportive. Despite being an MP, Ravi Kishan took time out for the film. This is a political satirical comedy. It is realistic cinema and at the end there is also a message for the audience. Isha Koppikar is playing the role of a CM in Love You Loktantra.

The film will release on September 2 in India.