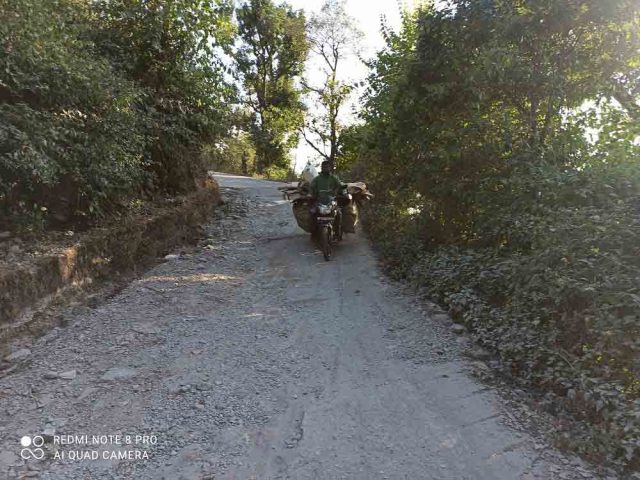 By OUR STAFF REPORTER
Mussoorie, 24 Nov: The Jhadipani-Kolukhet link road, here, is in bad state. It is damaged at many places, due to which accidents have occurred many times. However, neither the municipal administration is paying attention to it, nor the local administration, due to which there is a lot of anger among the people.
Local residents Abhishek, Guddu and Anil Singh state that locals mostly use this link road for going to Mussoorie and Dehradun. The road was constructed by the municipal administration in the past, but now the road is damaged at many places. Large pits have emerged on the road, due to which many times two-wheelers have gone out of control and fallen downhill, causing injuries to a lot of people.
Recently, when the Mussoorie Dehradun main road was damaged, people used this Jhadipani Road to commute, due to which its condition has worsened. They said that Municipal Chairman Anuj Gupta belongs to this ward; he was also the councilor of this ward in the past, but no action is being taken by him to fix the road. They have demanded early action in this regard.
Municipal Executive Officer ML Shah said that the Jadhipani Kolukhet road is restricted for heavy vehicular traffic and conceded the route has been damaged at many places. He promised a proposal would be placed at the board meeting of the municipality in this regard. Action will be taken to repair the road after the approval of the board. 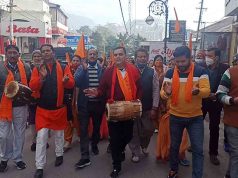 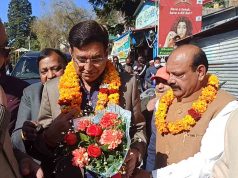