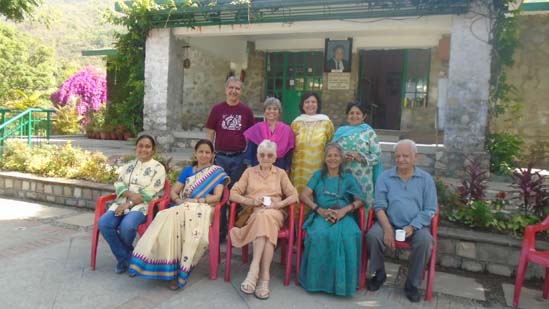 By OUR STAFF REPORTER
Dehradun, 28 Apr: The John Martyn Memorial School elections were held on Saturday in which students voted for their leaders. The School Captains and the House captains took charge of their responsibilities during the solemn ceremony. The elected leaders marched to the beat of the drums and took their positions. The Principal, Savitri Narayanan, administered the oath, followed by felicitation by the guests of honour. The guests of honour were Surinder Madan, a philanthropist and an old student of John Martyn, and Nihar Joshi from MM Lal Charitable Foundation, an on-going supporter of the school’s vision and mission. They presented the badges and the sashes to the Captains.
In his address to the students, Madan recounted old memories of John Martyn, his Master and Headmaster at The Doon School. JMMT Trustees and parents were also present on the occasion.

Garhwal Post has established itself as a credible, balanced and forward looking newspaper in India. Based in Uttarakhand, the daily is read by the aware, socially and culturally responsible, high-income elite of society.
Contact us: info@garhwalpost.in
single and happy first thing to say on a dating app senior dating sites scotland