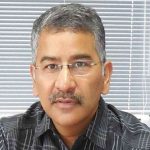 Joshimath is a small town in the hill district of Chamoli in the Himalayan state of Uttarakhand. Perched at 6,000 feet, the town is the gateway for Badrinath, Auli, Hemkund Sahib and UNESCO World Heritage Site of Valley of Flowers. The town holds strategic importance with the presence of substantial numbers of army personnel in the region.
In a matter of extreme alarm and concern, parts of Joshimath have been witnessing cracks in the walls and ceilings of homes, hotels, resorts and various other business establishments. This has naturally resulted in a state of panic for a town that is home to 20,000 people (census pop 16,709 in 2011). In fact, Joshimath has had a history of sinking with the Mishra Committee reporting this the first time in 1976.
The sinkings have exacerbated in recent months prompting the state government to constitute a committee of experts from the Uttarakhand State Disaster Management Authority (USDMA), CBRI Roorkee, IIT Roorkee, Wadia Institute, Dehradun, and the Geological Survey of India. The expert committee that was tasked to undertake geological and geotechnical investigations had visited Joshimath in August this year and found that the town was built on an unstable foundation which can give way in case of heavy rains, tremors, unregulated construction or far more footfall than the town’s carrying capacity. The team attributed the sinking to the numerous homes, hotels and resorts that have mushroomed on the Joshimath-Auli route. Poor drainage, sewage and erosion by rivers have aggravated the situation.
In the recent flashpoint, a key stretch of the key Joshimath-Helang highway has caved in with several hotels and homes also developing fresh cracks. Alarmed and panicked, this has prompted the citizens and local businesses to protest against the sinking of the town. A march was organised under the banner of the ‘Joshimath Bachao Sangharsh Samiti’. The group has demanded that the town be saved based on recommendations made by the expert committee, by banning large scale constructions, stopping the construction of the bypass road, putting a stop to the hydropower projects in the region and rehabilitation of the impacted families.
In a fresh series of initiatives targeted at resolving the situation, the state government has ordered a detailed bearing capacity study, ordered the Irrigation Department to make a drainage plan, and conduct a geological study of the town. A meeting has also been called next year on 15 January. The District Magistrate of Chamoli has received a slew of instructions from his Dehradun based seniors.
Let us hope that the thousands of people who live in Joshimath and the many who visit the town will be safe and sound. Naturally, authorities have to move in quick and fast. Time is precious and Uttarakhand is a state known for its frequent disasters and casualties. Hope and pray that this will pass and Joshimath will be as beautiful, as spiritual and as majestic as ever.

Garhwal Post has established itself as a credible, balanced and forward looking newspaper in India. Based in Uttarakhand, the daily is read by the aware, socially and culturally responsible, high-income elite of society.
Contact us: info@garhwalpost.in
https://garhwalpost.in/best-online-dating-sites-ireland/ https://garhwalpost.in/meetup-bedford/ mackay dating site