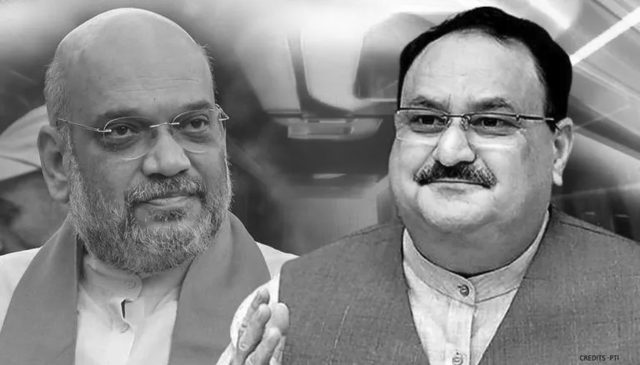 Dehradun, 3 Aug: Highly placed sources in the Uttarakhand BJP have claimed that BJP National President JP Nadda is likely to tour Uttarakhand this month and also stay for two to three days. This visit is part of the preparations of the party for the upcoming Assembly elections in Uttarakhand, due in March next year. In addition, Union Home Minister Amit Shah may also visit Uttarakhand soon for a day and hold some top level meetings in connection with the elections early next year.
Sources added that Shah might either visit Uttarakhand on 8 August or just days before 21 August. On the other hand, JP Nadda is also likely to not only visit Uttarakhand but also stay here for two to three days. Though the actual schedule has not been finalised as yet, but Nadda is likely to visit Uttarakhand between 19 and 21 August or just after 27 August after the State Assembly session in Uttarakhand gets over. The Uttarakhand Assembly is scheduled to hold its monsoon session from 23 to 27 August.
Earlier, Nadda was due to visit Uttarakhand on 10 July but his visit was postponed due to unavoidable reasons. Nadda had become busy with party activities in New Delhi and had to postpone his Uttarakhand tour then. Now he will not only visit but also stay for 2 nights, sources claimed. Nadda may also hold a grand worker level party workshop during his stay in Uttarakhand.