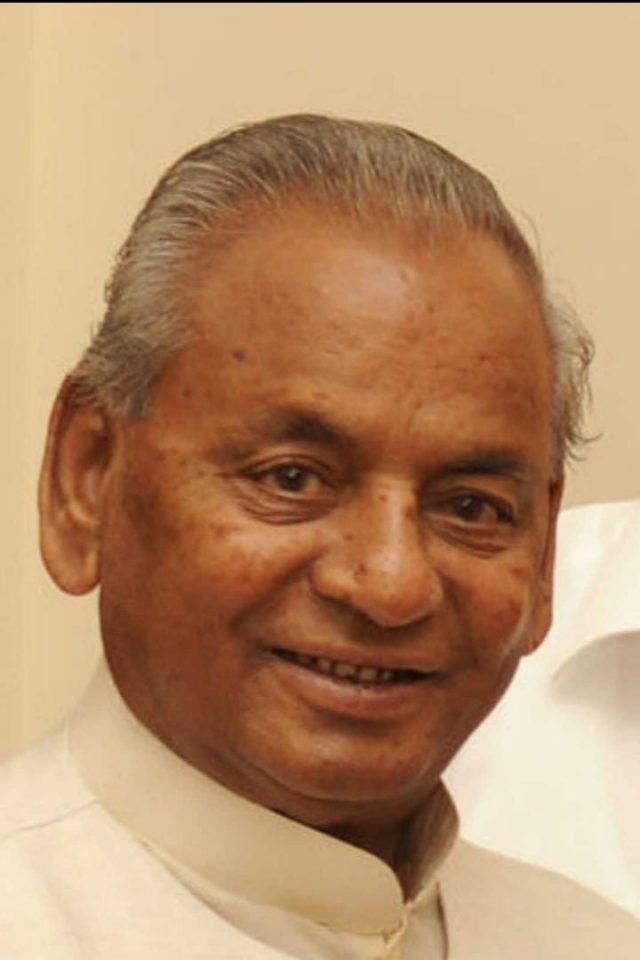 By Our Staff Reporter
Lucknow/Dehradun, 21 Aug: Former two time Uttar Pradesh chief minister and former Rajasthan Governor Kalyan Singh has passed away. He breathed his last at Sanjay Gandhi Postgraduate Institute of Medical Sciences in Lucknow this evening. He was suffering from sepsis and multi-organ failure. A large number of BJP leaders including Prime Minister Narendra Modi, Defence Minister Rajnath Singh, UP CM Yogi Adityanath, Uttarakhand CM Pushkar Singh Dhami, Uttarakhand Assembly Speaker Prem Chand Aggarwal, Uttarakhand Cabinet Minister Subodh Uniyal and Union Minister of State Ajay Bhatt have condoled his death.
The veteran leader had been admitted to the hospital’s intensive care unit on 4 July because of an infection and his consciousness level too reduced. During his stay at the Hospital, he was visited amongst others by UP CM Yogi Adityanath, Union Home Minister Rajnath Singh, Union Home Minister Amit Shah. In fact, Yogi Adityanath had paid several visits to Kalyan Singh in the hospital and his last visit to the hospital to see Kalyan Singh was yesterday only when the hospital authorities had announced that his health status was critical and he was moved on a life-saving support system.
Kalyan Singh had become the chief minister of the state for the first time in 1991. He was regarded as a very tough administrator and was at the helm of the affairs in the state when the Babri masjid was demolished in 1992. He did not hesitate to sacrifice his chair but refused to act against the Kar Sewaks despite several instructions coming in to him from the Union Government. After the demolition of Babri Masjid, he had to go. In several of his interactions on various platforms, he made it clear that he did not regret his decision not to order firing on the Kar Sewaks despite pressure to this extent from the Centre. It was in 1997 that he again became the CM this time with the support of BSP. He lost power after BSP and then Congress MLAs withdrew their support.
He is counted amongst the tallest of the BJP leaders of his era.