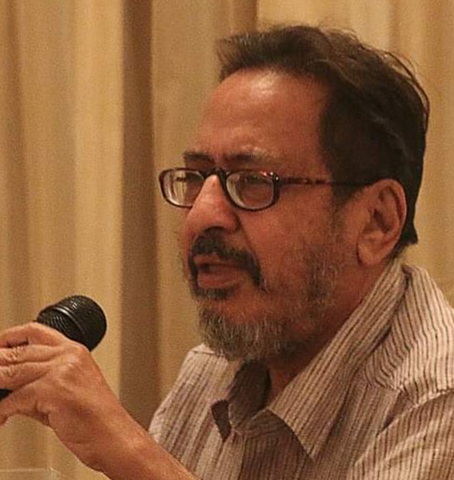 I recently came across a small news item tucked away in the inner pages of the newspaper about popular unrest in Karkalpakstan against dilution of the region’s autonomy. I am quite sure this must have escaped most readers; those who did read it must not have given it a second thought and moved on to “more important” news and stories. I would be really surprised if someone took the trouble to find out more about Karkalpakstan, especially where it is. I was however interested in the news because it brought back memories of my two visits to the region over two decades ago. Some background is necessary on what took me to this remote region of Uzbekistan, not once but twice in the course of a few years.

It just so happened that, in 1997-98, I was commissioned by Save the Children, UK, Office of South and Central Asia Region (OSCAR), to develop a system for identifying out-of-school children and bringing them back to school, as this was a major problem in South and Central Asia. While the problem was endemic to South Asia, in Central Asia it had emerged after the break-up of the Soviet Union and the emergence of erstwhile Soviet Republics as independent countries. What I proposed was a stakeholder and community based system for identifying and solving the problem. This found approval and I was then asked to help in its implementation in different countries of the region, especially India, Nepal, Bangladesh, Sri Lanka, Uzbekistan, Tajikistan and Kyrgyzstan. For India, I had identified Uttarakhand as the locale for its implementation. Unfortunately, the programme could not be initiated in India for various reasons, but it did take off quite successfully in other countries.

My first visit to Uzbekistan in this connection was in February 1999. The programme here was being supported by UNICEF as part of its larger education programme in the country. Initial discussions between Save the Children and UNICEF brought out the suggestion that perhaps the most appropriate place to implement it would be Karkalpakstan, a remote autonomous region bordering Kazakhstan near the Aral Sea. So I was asked to go there on a preliminary visit. Frankly, I had no idea where the place was or what it was like. So, one fine morning saw me on a flight from Tashkent to Nukus, the capital of Karkalpakstan. The small Soviet era jet plane, a Yak-40, covered the distance in close to three hours. Being a foreigner I had to go through In-tourist, the Soviet era travel agency for foreigners. On landing in Nukus I found that information on my arrival had already been relayed. A person from the police station was waiting for me. I had to accompany him along with my interpreter to the police station for registration. Only after that was I permitted to go where I was to stay, which was the apartment of a Russian lady who rented out rooms and provided food to visitors for a modest fee – a homestay in today’s terminology. I and my interpreter, a smart young person named Armaan from Azerbaijan, settled down there. I got busy with my work soon after arrival. This continued over the next two days which I spent in Nukus.

Nukus was a small place located in the wind-swept Steppes, with wide streets having minimal traffic, lined with identical-looking apartment blocks reminiscent of the Soviet era. My two days were occupied with talking to various people in trying to understand the scope and dimensions of the problem of out of school children. What I came to understand was that the problem was particularly acute in the smaller towns and rural areas largely on account of economic disruption and poverty among people after the separation from the Soviet Union and end to the support that had been available from the centralised state. One fact that emerged as common to all three Central Asian countries where I was involved in implementing the programme viz., Uzbekistan, Kyrgyzstan and Tajikistan, was the severe disruption in the economic life of the ordinary people caused by the break from the Soviet Union. The Soviet system had guaranteed work to everyone (though people did not have a choice of work), and compulsory education to all children. This was no longer so. Hence, poverty emerged as a major problem in these countries; a disturbing sight in Tashkent and other cities was to see the elderly, mostly women, begging. This also had an adverse effect on education of children in poor families.

On my first day in Nukus I had two interesting experiences. The first was a visit to an NGO that had been involved in raising awareness about the environmental damage to the Aral Sea, a major salt water lake bordering Kazakhstan in the north and some distance from Nukus. The lake had gradually shrunk over the years. Here I was told how the drying-up of the lake had resulted in emergence of long stretches of sandy areas where the water had receded. The strong winds of the steppes kept blowing the salt-laden sand causing serious skin and health problems among people living in the vicinity of the Aral Sea. The shrinking of the Aral Sea was due to the reduced flow in the once mighty Amu Darya which drained into the lake. During the Soviet era it had been heavily tapped for irrigating cotton fields in Uzbekistan. The environmental tragedy confronting the area was a common concern among a wide cross-section of people in Karkalpakstan.  The issue kept cropping up in discussion with almost everyone I met.

The second experience concerned an invitation to dinner by a group of education officials. This was held at someone’s residence. All the officials were women. We were seated around a large dining table with Armaan my interpreter and guide sitting next to me.  Before dinner, there was a round of short speeches by all guests. Small shot glasses of vodka or cognac were laid before everyone present. As the chief guest I was asked to propose a toast. This was an entirely new experience for me. However, I somehow blundered through it by talking of all manner of things and expressing the sincere hope that successful programme of education would be launched. When everyone drained their glasses I thought we could now proceed with the dinner. How mistaken I was! My toast was only the beginning. After that everyone around the table rose up one by one to propose a toast. At one point Armaan told me not to follow the ladies in downing the glass, otherwise they would soon see me under the table. I took his advice and limited myself to taking small sips every time a toast was proposed and managed to come out unscathed from the ritual.

After a few months, I was asked to return for another visit to Karakalpakstan to further explore the possibility of implementing the programme. On my second visit I spent most of my time travelling out of Nukus to various districts and visiting schools and talking to potential allies in the programme. One of the trips took me quite close to Moynaq, which lies on the shore of the Aral Sea. On the way we crossed the Amu Darya, or what remains of it in the form of a small stream. One local person accompanying us spoke of how in the past it carried a very large volume of water. The truth of this statement was supported by the presence of a large timber boat, more like a small ship, that lay abandoned on the dry bank of the river. Obviously, it must have once sailed on the river, but now there wasn’t enough water in it so it lay abandoned.

During this visit I had a very interesting experience.  While searching for allies for the programme I was told if we could enlist the support of a particular influential member of the local regional legislature, it would go a long way in ensuring success for the programme. So a meeting with him was arranged. He met me in his office in the local legislature. The meeting started off with the exchange of usual pleasantries. I explained how happy I was to be in Karkalpakstan and to be involved in trying to make a small contribution to education of children here. He on his part, referred to his admiration for India and its young Prime Minister who had made a big contribution by spreading computerisation. We were sitting on either side of a long narrow table that extended from his main office table. While we were still exchanging pleasantries he got up and went to his table and came back with a photograph in his hand. I thought it was a photograph that had something to do with India – either a photo of his own visit to India or of his meeting with some Indian leader. I was in for a complete surprise when he handed me the photograph. It was a scene from the film Sangam showing Raj Kapoor with Vyjayanthimala and Raj Kumar! Thereafter I had a very successful and fruitful meeting with him. He became a major ally and supporter of the programme.

Karkalpakstan proved to be an entirely novel experience and I shall always cherish the memory of my two visits. The people I met were very outgoing and friendly. I found a lot of goodwill for India and Indians among them. Indian cinema had been a decisive influence in this regard.

Garhwal Post has established itself as a credible, balanced and forward looking newspaper in India. Based in Uttarakhand, the daily is read by the aware, socially and culturally responsible, high-income elite of society.
Contact us: info@garhwalpost.in
dating app for fetish hookup sites in dallas building a dating app