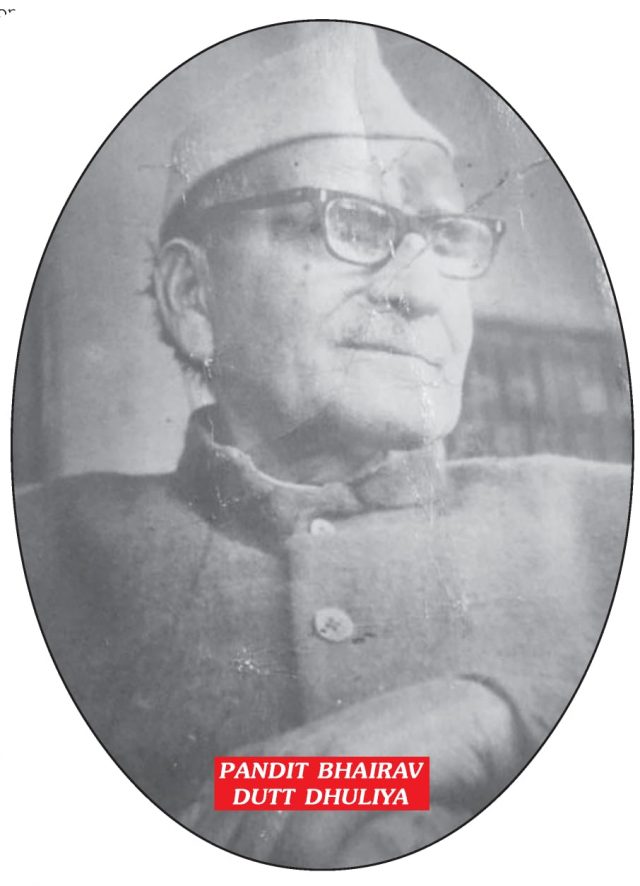 DEHRADUN, 13 Aug: Once among the leading weekly newspapers of Garhwal, ‘Karmabhoomi’ Saptahik, which ceased in print in 2010 is making a comeback on the digital platform on 15 August. Sundarlal Bahuguna, the renowned environmentalist, shall launch the website www.karmabhoomi.org.in via video on Independence Day. 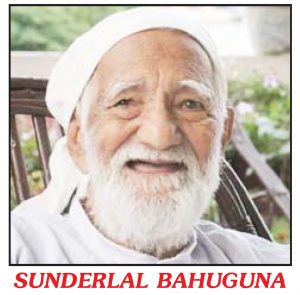 The newspaper was established on 19 February, 1939, on Basant Panchami and was inaugurated by the then Chief Minister of UP, Pandit Govind Ballabh Pant. Pandit Bhairav Dutt Dhuliya and Bhakt Darshan, the foremost freedom fighters of Uttarakhand, were its joint editors. Kunwar Singh Negi ‘Karmath’ was the Manager of Kaleshwar Press, Lansdowne, from where it was published from its very inception, the newspaper established a formidable connection with its readers and became an instrument of the people of Garhwal to wage the freedom struggle against British Rule. For its ‘anti–British’ articles critical of Foreign rule and often invoking the people to rise in union and overthrow the British Empire, Bhairav Dutt Dhuliya was summoned by the Deputy Commissioner of Garhwal and warned and the newspaper was fined. The Second World War imposed restrictions on the paper but it continued to be printed by a Panel of Editors which also had Sridev Suman for some time.

A few years after Independence, Bhairav Dutt Dhuliya became the Independent Chief Editor and owner of the newspaper, which he served with deep devotion and commitment till his death in 1988. He was ably supported and assisted by his younger brother, Yogeshwar Prasad Dhuliya, for many years in between and also by his younger son, Sharat Chandra Dhuliya, who took over the responsibility after his death in 1988.
Under the charge of ‘Sampadakji’, by which address Dhuliya was known to all his readers and admirers, the paper truly became the voice of the people of Garhwal. People in villages waited anxiously for the postman to deliver their copy and read out aloud the ‘editorials’ of Bhairav Dutt. Readers in Metros looked forward to news of their villages through ‘Karmabhoomi’. The paper played a leading role in the ‘Dola Palki’ agitation, the fight against ‘untouchability ’, with numerous reports against corruption compelling many officials to resign. It had to contest many defamation cases, which it won. The distinctness and hallmark of this paper was that it maintained distance from all political parties and wrote fearlessly. It was for this reason that he resigned from Congress in 1948. Bhairav Dutt was known as ‘Nirbhik’ Patrakaar.
During the Emergency, when there was restriction on political writing, he wrote numerous articles on ‘spritualism’ which were received very well.
Pandit Bhairav Dutt was among the first members of Congress in 1921 when it was formed in Garhwal under Barrister Mukandi Lal and played a leading role in the ‘non- cooperation movement’, which took the shape of the ‘anti-begari’ movement in Uttarakhand. He operated the underground Congress cell from Delhi during the ‘Quit India’ movement along with Aruna Asaf Ali and others. He was sentenced to seven years jail for printing and distributing revolutionary material in 1942. He contested two MLA elections from Garhwal as an Independent. In 1962, he lost, but in 1967 he won against the then Food Minister Jagmohan Singh Negi; the contest was much talked about.
He was a Sanskrit scholar and ‘Ayurved Shastri’ and Professor in Tibia College, Delhi. He studied Sanskrit in Varanasi for many years and it was here that he came under the influence of Mahatma Gandhi.