DOs and DONTs in the Times of CORONA 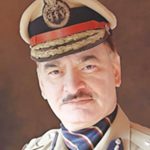 By ALOKE LAL
The surfeit of ‘experts’ who suddenly mushroom at the slightest provocation have done it again. This time it’s a pandemic which brings with it a huge load of guys who have all the answers. Be it the cause of the virus, its spread, and the strategy to deal with it, the clues for the administration, you name it there will be a torrent of know-all answers. Why, we even have claims that there are treatment secrets available to practitioners of some parallel systems of medicine! I have been asked by Garhwal Post to write articles about the challenge that we are facing today: the Covid19 crisis. I can contribute in bringing to the fore what the police can do, and the handicaps it faces. As a person who has nearly seven decades of living experience during which small and big challenges came my way, I have been able to figure out some of the do’s and don’ts in situations like this.

First, there is no doubt that for enforcing any orders of the government the police come into the picture mainly because the Indian mind-set is one that does not easily accept rules and regulations. There is an inborn resistance for complying with even those orders which have only the benefit of the citizen driving them. The motor vehicles provision for wearing of helmets by two wheeler users and a seat belt by those who occupy the four-wheeled vehicle are examples. These provisions are clearly aimed at the safety of those using these vehicles, but are the users not loath to comply? The policemen are at crossings which already have electrical signals which blink green and red with an amber gap. Ideally, the policemen should be managing traffic where signals are not installed. The orders for lock-down have not come a day too early. The Prime Minister is himself making an impassioned plea to all citizens to understand the gravity of the situation. He is by far the most popular leader we have had in decades. For millions of our countrymen, his words have a magical appeal in them. Yet, aren’t our fellow citizens flouting the orders for remaining at home with a baffling degree of couldn’t-care-less attitude?

Look at the Shraddh ceremony in which 800 people jostled for space in a Madhya Pradesh town, or the wedding in Karnataka which was attended by even the Chief Minister along with a few hundred others. The lesson to be learned is one of DO. Listen to the directions of the authorities, including the PM himself, that there should be physical separation among human beings at public places, and that the directions pertaining to the lock-down must be religiously followed. It’s a shame that people try to play games with the already overworked policemen keeping round-the-clock vigil. The least we can do to help matters is remembering that the police department is grossly under-staffed even at the normal times. Currently, the work-load has gone up many times. So DO keep in mind that the men in uniform are human beings too, and their body comes with limitations.

Congregations bring to my mind the most ill-advised Tablighi Jamat convention in Delhi which took place March 10 to 13. The Union Health Ministry on March 13 said that coronavirus is not an emergency and people need not panic. The WHO declared COVID-19 a pandemic on March 11. One can say that the Covid signals were not distinctly deciphered even by the authorities at the time this convention was planned. However, the Delhi event’s links were traced to a meeting in Malaysia in February 2020, when travel restrictions due to the outbreak of COVID-19 were not in place in India. The horror was revealed only when a March 3 New York Times report stated that this meeting had become the “largest viral vector in Southeast Asia”. Many of those who were at the Delhi convention had also come in contact with the Malaysia attendees. Subsequently, the religious leaders resisted the authorities and the attendees evaded being tested, and to make matters worse, they even fanned out to different parts of the country. There are a number of DON’Ts to be picked up from here. Once the possibility of exacerbating a bad situation by those who were carriers of the virus was understood, they should not have hidden themselves. So DON’T avoid being tested when there is reason to suspect an exposure. One more DON’T for religious leaders: while you may have faith in higher powers, you must not misguide your followers to turn a blind eye to what is expected of you as a mere human. And then there is one DON’T for political parties in this: DON’T mix politics with religion. Look at these mishaps that could happen with anyone, and to give it a political colour for electoral gains is a crime.

One more DON’T, this for the police: The Tablighis must not be treated as criminals as many of them are victims, and that is how they ought to be looked at.