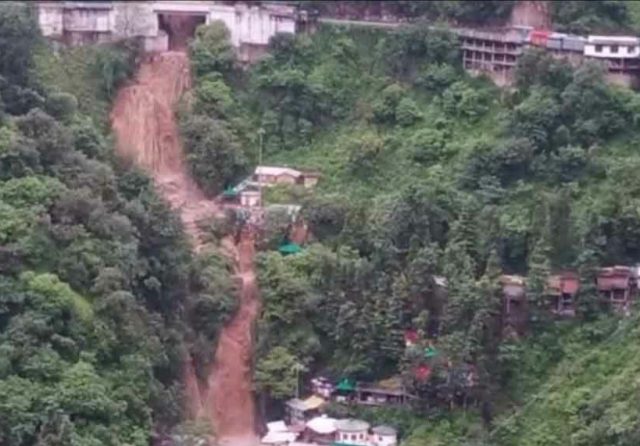 By Our Staff Reporter
Mussoorie, 10 Aug: The water level of the historic tourist spot, Kempty Falls, near Mussoorie has increased due to the ongoing rains. The water level of Yamuna River has also increased, which has increased the hardship of the local people. Landslides in the areas around the River Yamuna are expected to cause heavy damage.
As the water level of the Mussoorie Kempty Falls increased, water entered several shops nearby, spoiling the material kept there. Teams of the Police and administration reached the spot and the people living in the shops and houses surrounding the Kempty Falls have been taken to a safe place. The Uttarakhand Meteorological Department has expressed the possibility of heavy rains in many districts of the state, as well as a warning of heavy rains in Dehradun and surrounding areas, due to which the district administration is also on alert.