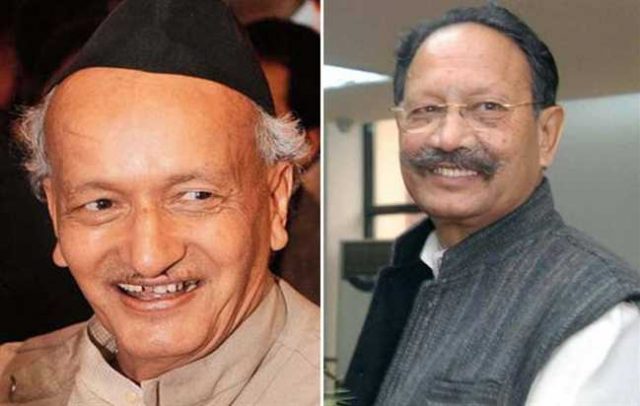 DEHRADUN, 14 March (IANS): After former Uttarakhand Chief Minister BC Khanduri, another senior Bharatiya Janata Party (BJP) leader Bhagat Singh Koshiyari, also a former Chief Minister, from the state has expressed his inability to contest 2019 Lok Sabha elections.
Their decisions have put the BJP in a spot as it is finding it difficult to select suitable candidates to replace the two heavyweights. In 2014 Lok Sabha elections, Khanduri had won from Pauri and Koshiyari from Nainital with huge margins as the BJP grabbed all the five seats in Uttarakhand.
Remarking that he would not contest the Lok Sabha elections, Koshiyari (76) said he was withdrawing to give chance to the younger leadership. The party sources said Koshiyari had informed the state leadership about his decision. According to sources, Koshiyari is backing Pushkar Singh Dhami, an MLA from Khatima and considered to be his loyalist, for the party ticket.
Despite the senior leader’s decision, the BJP has short-listed five names for the Nainital seat, which include Koshiyari, Dhami and state BJP chief Ajay Bhatt. These names would be forwarded to the party central election committee for final decision.
However, sources said Koshiyari’s name would be deleted as he has withdrawn.
Similarly, Khanduri (84) is not keen on contesting from Pauri seat, citing health reasons. The sources said he wanted his daughter Ritu to get the party ticket from Pauri. When contacted, Ritu refused to say anything on the issue. “I will not comment,” she said.
Meanwhile, according to speculations, Manish Khanduri, son of BC Khanduri, wants to contest from Pauri seat on the Congress ticket. Refusing to make a comment, Manish, a journalist, said, “Just wait for 2-3 days.”
Meanwhile, Congress leaders said a couple of top BJP leaders may join the Congress during the election rally of party President Rahul Gandhi here on March 16.