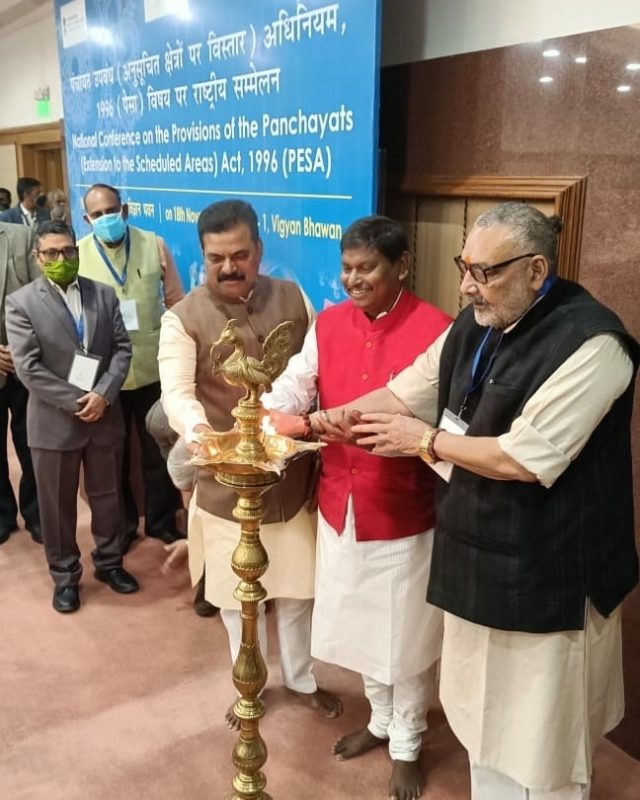 By Our Staff Reporter
Dehradun, 18 Nov: The Governor of Maharashtra, Bhagat Singh Koshyari, today, called for preparing a blueprint on the effective implementation of the PESA Act for the empowerment of tribals and persons living in Scheduled Areas of the country. In this connection, the Governor asked for greater coordination between the Panchayati Raj, Tribal Affairs, Revenue and Forest departments.
The Governor was addressing a day-long National level Conference on the occasion of 25 years of the implementation of Panchayats (Extension to Scheduled Areas) Act, 1996, through online mode.
The Conference held at Vigyan Bhavan, New Delhi, was organised by the Union Ministry of Panchayati Raj in association with the Ministry of Tribal Affairs.
Union Minister of Panchayati Raj Giriraj Singh, Minister of Tribal Affairs Arjun Munda, Minister of State for Panchayati Raj, Kapil Patil, secretaries of various departments, Ministers and officials from various States and representatives of NGOs were present.
Describing PESA as an important legislation for empowering tribals, the Governor said his predecessors had done good work during 2014 – 2018 by making a series of amendments to the Act. He said the Act has empowered villages and enhanced the participation of women in governance.