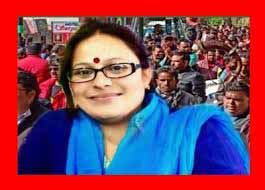 By Our Staff Reporter
Mussoorie, 24 Jul: Municipal Councilor Geeta Kumai met Secretary, Education, R Meenakshi Sundaram and submitted a memorandum regarding the ‘arbitrary pressure’ being put by private schools here for parents to deposit fees.
Kumai said that the private schools of Mussoorie are not following the government guidelines and are pressuring parents to pay fees as well as other charges. She alleged that Wynberg Allen School is pressurising parents to pay an entire year’s fees, besides tuition fees, computer fees, educational technology fees, and others, which is in violation of the advisory issued by government. She urged the Secretary to intervene in the matter and instruct all the schools to follow the guideline. She wanted the local administration to take action against such schools.
Secretary R Meenakshi Sundaram directed the Chief Education Officer to send a notice to the schools of Mussoorie with immediate effect in this regard, asking them not to put unethical pressure on the parents regarding fee payment.