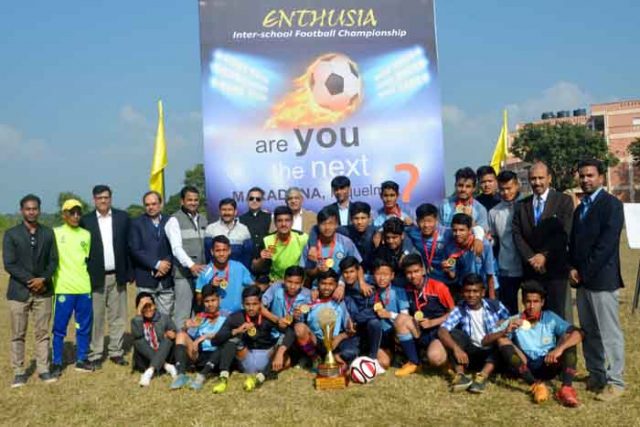 The Tournament began on 26 November and the venue was the University Football Ground. The final match, today, was between SGRR, Bhaniyawala and KV IIP. KV IIP won, 3-0. The scorers were Vilas Thapa (2) and Sahil.
The Best Player of the Tournament Award went to Vilas Thapa, while the Best Goal Keeper Award was given to SGRR’s Sumit. The Winning and Runner-Up Teams received trophies, medals, T-Shirts and certificates.
Chief Guest Rawat congratulated the teams and organiser for having held the tournament for the first time. He expressed confidence that it would continue to be held, every year.