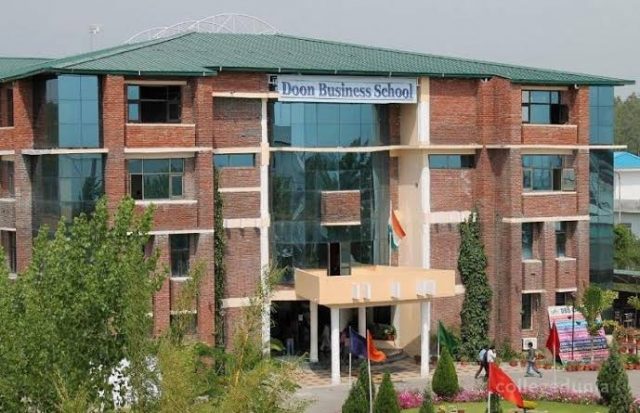 DEHRADUN, 11 Jan: It is after much hesitation, the SIT probing the scholarship scam, finally registered FIR against somewell known Institutes belonging to family members or relatives of some leading politicians of BJP and others in Dehradun and Haridwar. While these FIRs, come many months after a similar case that had been filed against Qazi Nooruddin, brother of Congress MLA Qazi Nizamuddin. In fact, Nooruddin was arrested too in the case and that had led the Congress party to allege political vendetta, but nonetheless it is hardly surprising that ever since the SIT was set up to inquire into the scholarship scam of the state, spread actually over several states, no political party has demanded CBI inquiry into the case. What is also evident in the case so far is the lack of will in the state government to act strictly against these well known institutes which belong to politicians from various political parties. The slow progress in the case can be gauged from the fact that out of more than hundred colleges and institutes which benefited from the scam in Dehradun itself, FIR has been so far filed only against 20 odd colleges so far. In fact, the announcement for the SIT inquiry when the scam first surfaced was made by the then CM Harish Rawat. The inquiry ordered by the then CM was to be completed within three months, but was never completed and then the government changed. Months after when the new government also did not take any particular interest in taking the case to its logical end, social activist and BJP leader RavindraJugran filed a petition with Uttarakhand High Court, seeking court monitored inquiry into the scam, in December, 2018. Consequently, the court set up SIT headed by IPS Officer Manjunath. Soon after some FIRs were filed one of them being against QaziNooruddin and he was even arrested. Strangely, in between, Manjunath was promoted and posted as SSP Tehri, without the permission of the High Court. As a result, the court took cognisance of this and on the request of petitioner Jugran, quashed the order of the government transferring Manjunath to Tehri. He was again made in charge of the SIT for the districts Dehradun and Haridwar while the court allowed the inquiry into the remaining 11 districts to be headed by Senior IPS officer Sanjay Gunjyal. In the last 13 months, there have been more than 20 hearings of the case in the High Court and the Court had to express displeasure on the slow progress of the inquiry into the scam. In fact, the court while hearing the case on 9 January, summoned SSP Dehradun and SSP Haridwar too in relation to the case. It was only after the officers inquiring into the case realised that there was no other way, cases were filed against Beehive College, Doon PG College of Agriculture & Technology, etc., owned allegedly owned by BJP leaders as well of leaders of other political parties. The fact remains that many of the colleges and institutes in Uttarakhand are owned by politicians of various political parties or their family members. It is for this reason the administration is always hesitant to take any action against such institutes. Speaking to Garhwal Post, Jugran who is the petitioner in the case, claimed that the maximum amount of siphoning of funds meant for the SC and ST students to be granted as scholarships happened during the time when late Surendra Rakesh of BSP was Social Welfare Minister in Congress led Government headed by Harish Rawat. During that period, S Raju was Additional Chief Secretary Social Welfare for some time while Ranbir Singh was also Additional Chief Secretary Social Welfare for the remaining period. He also claimed that the scam had surfaced when the then Social Welfare Secretary Bhupinder Kaur Alakh ordered an inquiry by then Additional Secretary Shanmugam who found out that this was a massive scam. While it is true that this scandalous pilferage stopped during the current government headed by Chief Minister Trivendra Singh Rawat, but the government has not shown enough willpower to act strongly against the culprits. Sources in the government claimed that the government was serious to punish the guilty and that recovery of amount over Rs 60 crores had already been made so far from the institutes. However, the scam is estimated to the tune of over Rs 700 crores. So far, no inquiry has been initiated in case of government colleges. It may be recalled that this scam resulted out of a deep- rooted nexus between government officials, private institutions and public sector banks to siphon-off funds meant for poorest of the poor students. As a result, actual beneficiaries, for whom the scholarships were meant never reached the poor students. Even if the recoveries are made in due time, the extent of damage can never be made up since the eligible students remained deprived of scholarship when they needed it most. According to the preliminary inquiries, the extent of the scam is mindboggling. There are over112 colleges and institutes in Dehradun alone which allegedly benefited from the scam. Haridwar district is also having similar number of colleges that benefitted from the scam. Speaking to Garhwal Post, Jugran said that SITs were not equipped enough to inquire properly into such financial frauds. The case ought to be handed over to the CBI as had been done in Himachal Pradesh and Haryana as CBI had a special wing to inquire into financial scams.