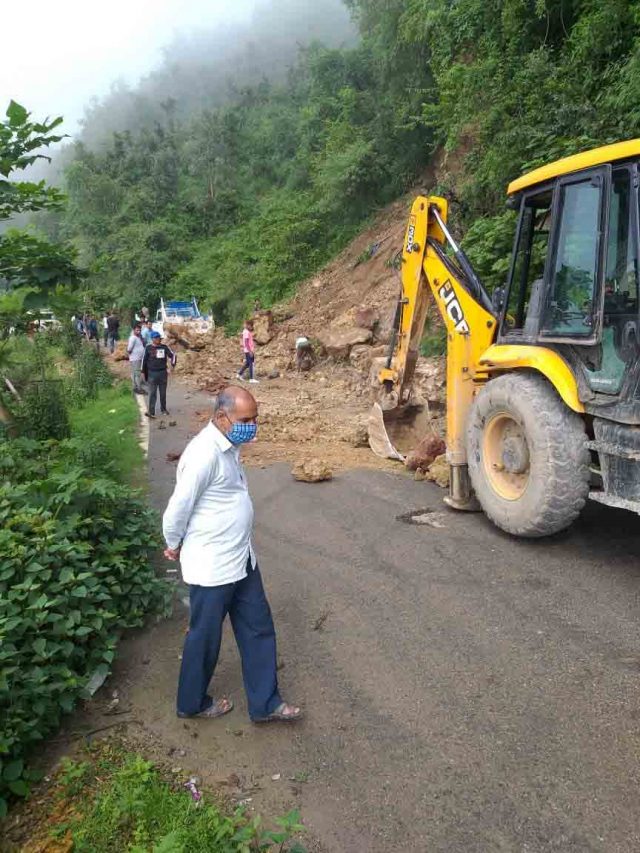 By OUR STAFF REPORTER
Mussoorie, 3 Aug: On Tuesday morning, there was a landslide on the Cart McKenzie road, here, leading to long queues of vehicles on both sides.
The Public Works Department removed the debris on the road with a JCB and traffic resumed after an hour. Officials said that the road was blocked due to heavy landslides near the Shani Temple in the morning.
The heavy rains disrupted normal life. The Mussoorie-Dehradun road was closed after a landslide near the Galogi Power House. It was cleared after two hours. Social worker Manish Goniyal demanded treatment of the slide zone near the Galogi Power House. He urged local MLA and Cabinet Minister Ganesh Joshi to take immediate cognisance of the problem.

Garhwal Post has established itself as a credible, balanced and forward looking newspaper in India. Based in Uttarakhand, the daily is read by the aware, socially and culturally responsible, high-income elite of society.
Contact us: info@garhwalpost.in
dating a recently widowed man https://garhwalpost.in/dating-round-rock/ https://garhwalpost.in/list-of-gay-hookup-apps/