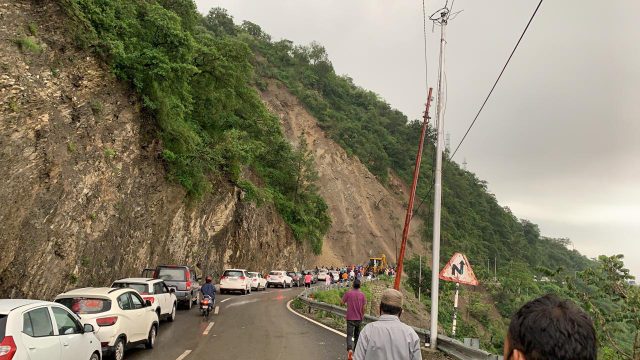 By OUR STAFF REPORTER
Mussoorie, 4 Aug: The Mussoorie Dehradun Road was once again closed after heavy landslides near the Galogi Power House late on Wednesday evening. After the closure of the road, long queues of vehicles formed on both sides of the road, causing great inconvenience to the people.
Due to continuous landslides at this site, the road is often closed these days. Efforts are being made by the Public Works Department to remove the heavy debris on the road with two JCBs, but it takes a considerable amount of time. Locals have demanded that the damaged mountainside should
be treated as soon as possible.