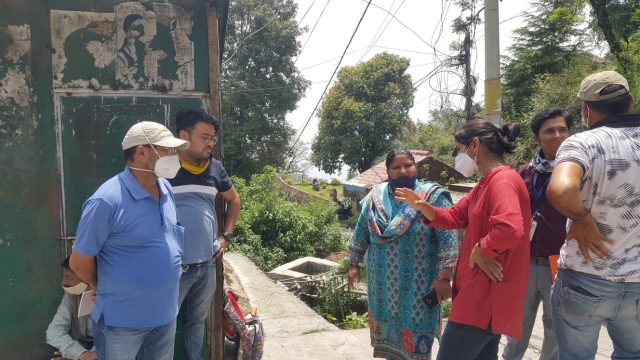 By Our Staff Reporter
Mussoorie, 2 Jul: Work is being done to lay drinking water pipelines over 68 kms under the Mussoorie Yamuna Drinking Water Scheme, but the general public is facing the brunt of negligence by the Jal Nigam and the contractors. Roads are being dug to lay the pipelines, along with removing the old lines.
Jharipani, Barlowganj, Mariville Estate, Hillbird and other areas are facing drinking water shortage for the last 15 days. Water is being sent in tankers by the Garhwal Jal Sansthan.
There is resentment against the officials of the Jal Nigam. It is alleged that the old water lines are being damaged in the process of laying new lines.
Regional councilor Sarita Kohli said that the issue was raised by her at a meeting of the departments held by Cabinet Minister Ganesh Joshi regarding acute shortage of drinking water in Mussoorie. The officials of Jal Nigam and Garhwal Jal Sansthan were to undertake an inspection. But both departments were unable to tell how much drinking water is available in the area and, instead, both are accusing each other. She threatened an agitation on the streets against the departments.
AE MGJS TS Rawat, AE Peyjal Bharti Rawat, JE MGJS Abay Bhandari, JE Peyjal Man Singh Rawat and others were present at the meeting.