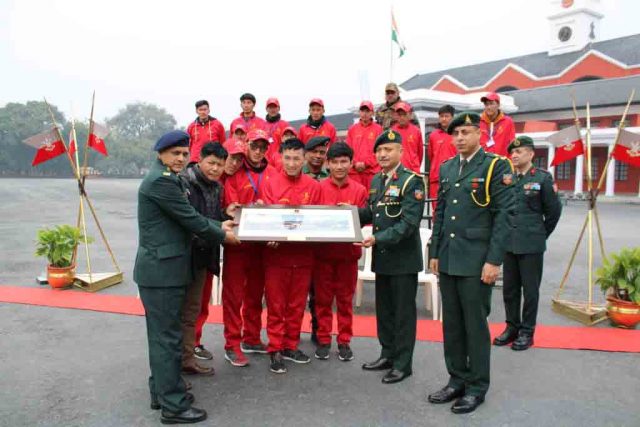 DEHRADUN, 28 Jan: As part of the Indian Army’s initiative to foster the spirit of National Integration across the country, school children from J&K’s Leh visited Indian Military Academy on Monday under “Op Sadbhavana”. A team comprising 20 students and 2 teachers led by the Army Officer-in-charge of the tour along with four Army personnel visited this premier training institution and also interacted with Major General GS Rawat, Deputy Commandant & Chief Instructor, Indian Military Academy. This visit to the Academy provided a unique opportunity to all the children hailing from one of the remotest corners of the country to learn about the rich history, traditions and ethos of the Indian Army. The children were highly motivated by the interaction conducted during the tour and many expressed their desire to join the Armed Force and serve the nation. The interaction helped the students get a real picture of the development taking place in the country and also the contribution of the Indian Army Officers and Soldiers through their selfless service.