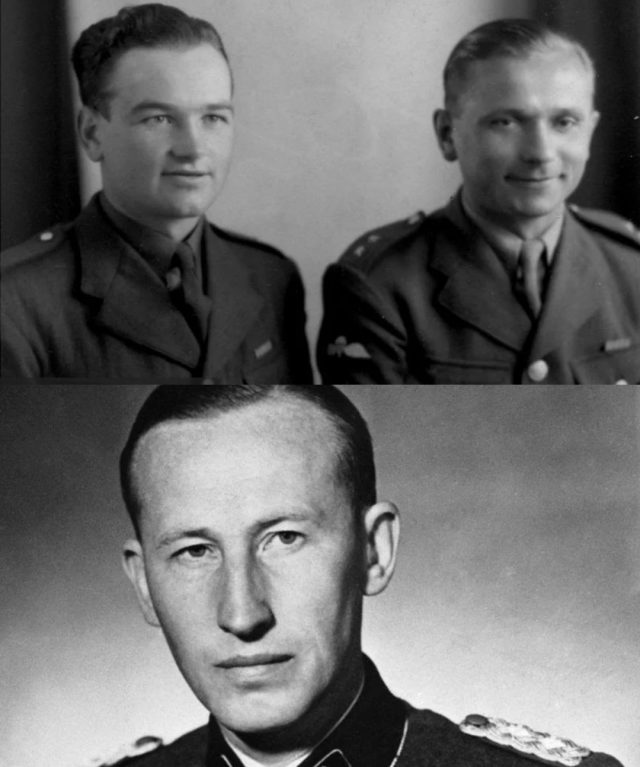 By Kulbhushan Kain
Prague, the capital of the Czech Republic, is on every traveler’s bucket list. And rightfully so. Descending on the city’s small but beautiful Airport (now called Vaclav Havel Airport, but when I visited it, it was called Ruzyne Airport) I saw houses that looked as though a big Cadbury Chocolate had been laid out in the middle of the forest. Prague (proununced “Praha”) is called a city of I00 Spires, known for its Old Town Square, a Medieval Astronomical Clock and the famed Charles Bridge built in 1402 over the Vitava! 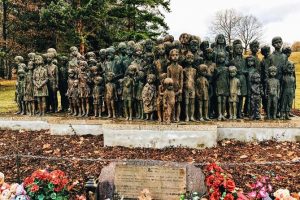 But there is much more to Prague and the Czech Republic than its rugged and historical beauty. Just about 15 miles from Prague is a place no one goes to. Or at least very few venture to.

It’s a village and municipality called Lidice.
When Hitler went on his manic dream of exterminating the Jews and creating a world ruled by “pure Aryans”, amongst the first places he marched into was Czechslovakia. However, like everywhere else he went, he was met with resistance by the “Resistance Movements”. These were secret and underground movements supported by governments overthrown by Hitlers and working in exile. The resistance movements targeted the Nazis who had become extremely unpopular and cruel.

Amongst the most hated Nazi in Czechoslovakia was Reinhard Heydrich – named “Reich Protector”. Known to be heartless, cruel, immoral – he was nicknamed by Hitler as the man “with the iron heart”.

The resistance movement decided to go after him. He was a high visibility target and if successfully eliminated, it would demoralise the Nazis. If they failed – then of course fire would rain on them. The operation to eliminate Heydrich was to be led by two soldiers who were in exile in England –Josep Gabcik and Jan Kubis. They, along with a team of 5 others, were trained in England and then parachuted into Czechslovakia on a cold snowy night in December 1941.

The mission was called “Operation Anthropoid”.

The date for the attack was fixed for 27 May, 1942. As Heydrich left his villa in his open Mercedes and approached his office, his car slowed down near the bend in the Kobilisy area of Prague (I saw the spot where he was shot). Here he was shot at by Gabcik and Kubis.

Unfortunately for Kubis’, his Sten Gun jammed, otherwise Heydrich would have died before he knew what hit him. A shootout occurred. Both Kubis and Gabcik escaped but not before they had managed to hit their target. Heydrich wasn’t made of softwood. As he fell with bullets in him, he barked his orders “Get the bastards”.

This is where Lidice comes into the gory pages of history. The response was typical of Hitler. He ordered that any village found harbouring Heydrich’s killers would be completely burnt down and all adult men executed and women and children would be gassed. Informants would be amply rewarded.

Lidice was suspected of harbouring the killers of Heydrich!

It was surrounded and all men were rounded up at the edge of the village. Mattresses were taken from neighbouring houses and stood up against the walls to prevent ricocheting as one by one they were shot dead.

The village was set on fire, all animals were slaughtered as well. In all, 340, including 82 children were exterminated, gunned or gassed.

What happened to the gang that had planned the killing of Heydrich? Kubiš and his group were found on 18 June in a church in Prague, betrayed by one of the gang – Karel Curda. In a bloody battle that lasted six hours, Kubiš was injured seriously and died. The other parachutists committed suicide to avoid capture.

The town of Gabčíkovo in southern Slovakia is named after Gabčík. There are streets named after Jan Kubiš in the cities of Prague (close to the Operation Anthropoid Memorial), Pardubice, Tábor, Třebíč and other places.

What happened to Karel Curda, the man who betrayed and gave away the whereabouts of his colleagues?

After the war, Čurda was tracked down and arrested. When asked in court how he could betray his comrades, Čurda reportedly answered, “I think you would have done the same for 1 million marks.”

Čurda was found guilty of treason and hanged on 29 April 1947.

The next time you go to Prague, do go to the exotic Bata showroom and the area where Martina Navratilova was born! But do stop by and take a detour to the small village of Lidice. It may not be a spectacular sight to behold – but it surely holds a lot of history that hurts.

Any history that hurts is good history. It ensures that we don’t forget what we accepted in a hurry.

In Lidice, I could hear gunshots, screams …I could see screens of smoke rising.
And there was not a single human being around…

(Kulbhushan Kain is an award winning educationist
with more than 4 decades of working in schools in India and abroad. He is a prolific writer who loves cricket, travelling and cooking. He can be reached at kulbhushan.kain@
gmail.com) 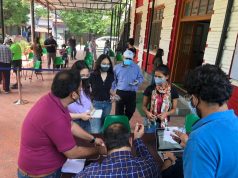