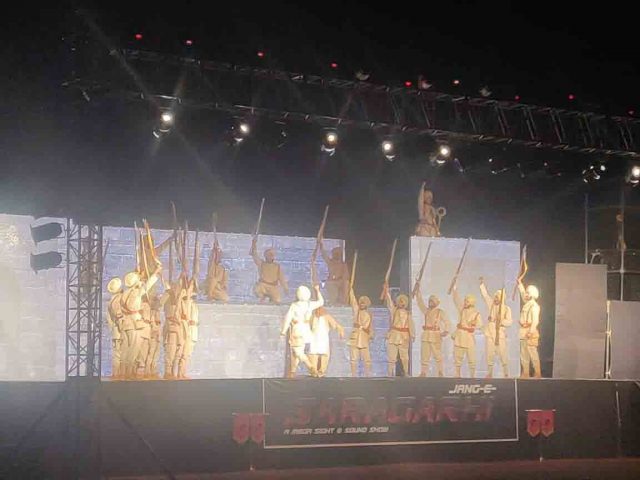 Dehradun, 17 Feb: The Golden Key Division of the Western Command under the Indian Army organised a Light & Sound show ‘Jang-e-Saragarhi’ at Clement Town today.
The show was a part of the Golden Key Division’s Investiture Ceremony, which is scheduled to be held on the 18th of February.
The show was held to honour the 21 valiant soldiers of the 36th Battalion of the Sikh Regiment.
The light and sound show was the commemoration of the sacrifice and valour of the Sikh soldiers who bravely fought against an army of ten thousand Pathans at the relay post of Saragarhi.
It is to be noted that all these 21 Sikh soldiers were awarded with the ‘Indian Order of Merit’ posthumously.
The show ‘Jang-e-Saragarhi’ depicted the saga of the unparallel bravery of the Sikh soldiers and the same is mentioned in the list of eight stories of collective bravery in the history of mankind published by the UNESCO.