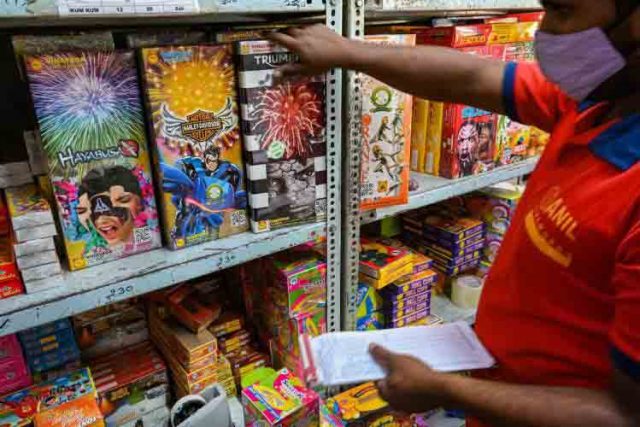 By Our Staff Reporter
Dehradun, 11 Nov: Keeping the guidelines of the National Green Tribunal in mind, Uttarakhand has permitted sale of only green crackers for Diwali, particularly in six cities of the state. In an order issued by Chief Secretary Om Prakash, today, it was stated that burning of green crackers only was permitted in the six cities, namely Dehradun, Rishikesh, Haridwar, Haldwani, Rudrapur and Kashipur. According to the order, people are permitted to set off crackers only for two hours on the occasion of Diwali, Guruparva and Chhat Festival. While the crackers could be burst on Diwali and Guruparva between 8 and 10 p.m., they could be burst between 8 a.m. and 10 a.m. on the occasion of Chhat festival, which is chiefly celebrated by people of Bihar, Jharkhand and eastern UP living in Uttarakhand.