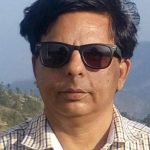 DEHRADUN, 25 May: There was a time when Nepal was a small landlocked Hindu kingdom with boundaries similar to its present one. However, being a martial race, the Nepalese had fostered expansionist ambitions while India was under British Rule. Nepal attacked Indian areas till the Sutlej River to the West and the Teesta River in the East. Between this region, both Kumaon and Garhwal areas of Uttarakhand as well as Sikkim were for some time under the control of the Nepalese empire. However, this expansionist tendency of Nepal was taken note of by the British, who went to war with Nepal in the early nineteenth century. Nepal expectedly lost to the British Army despite its army of brave men owing to superior war strategy and better weapons of the British. Consequently, a peace treaty called the Sagauli Anglo- Nepal treaty was signed between the Nepal and the British in 1815 even as the war between them was underway and it was implemented in 1816 when the war was over.

Due to the implementation of the treaty, Nepal lost control over Garhwal and Kumaon as well as Sikkim and the boundaries of Nepal returned to the original position i.e. between the Sharada River (as called in Uttarakhand) or Mahakali River (as called in Nepal) in the west to Mechi River which originates in Nepal and becomes a tributary of the Mahananda River in Bihar. This is also the present day international boundary between India and Nepal. It is relevant to point out here that the 1816 treaty was followed by another between the British and Nepal monarchy in 1923 and at that time, too, Nepal did not object to Lipulekh area becoming part of India.

Now, it is moot to understand what lies behind the current political stand-off between India and Nepal vis-à-vis the Lipulekh and Kalapani territory dispute. It needs to be remembered that, from 1816 till now, Nepal had never any objection to the Lipulekh area being part of India. In fact, the Lipulekh Pass ( which passes from present day Pithoragarh district upto the Indo-Tibet border and towards Kailash Mansarovar temple in Tibet (now under Chinese occupation) was in operation till 1962, when the Sino-Indian war caused its closure. This was the traditional trade route between Bhotias on the Indian side and the Tibetans. This Bhotia trade route closed due to the China-India war but, even after that, there was no official claim on Lipulekh by Nepal. The Bhotias, who used to trade with Tibetans across the border using this pass, still reside as a native community in this area which administratively falls under district Pithoragarh in Uttarakhand. In fact, the Bhotia community is well educated and has produced a large number of administrative officers (IAS and PCS) and Police Officers (IPS and PPS), who are serving in the country and in Uttarakhand as well. This can be taken as an indication of the fact that residents of this area have culturally as well as politically considered themselves to be Indians and never as Nepalese.

The latest stand-off, in fact, began very recently after Defence Minister Rajnath Singh inaugurated a new link road at Lipulekh near the India-Nepal-China trijunction on 8 May this year via a video conference. This strategically important Ghatiabagar-Lipulekh motor road of almost 80 km length connects with the last Indian post on the Indo-China border in Uttarakhand’s Vyas Valley. Besides this, this new road will also lead to shortening of the Kailash MansarovarYatra by two days. With the inauguration of this strategically vital road, over 80-km of tough Himalayan terrain, between the Mangti camp near Tawaghat and Gunji in the Vyas Valley, and the security posts on the Indian side of the border, have become accessible.

One also needs to remember the fact that, in the official maps Nepal has been using since long, it has never depicted the territory which it is claiming now to be its part. However, in order to justify its present claim, Nepal takes the understandable route of excuses that can be created due to some geographical factors. Mahakali River which is called Sharada River in Uttarakhand has actually three points of origin. On the western side is Limpiyadhura with Kalapani in the centre and Lipulekh on the eastern side. According to India, Mahakali originates from Lipulekh, while Nepal now claims that the river originates from Limpiyadhura stream. Now, as per the Anglo Nepal treaty of 1815, which was implemented in 1816, Nepalese borders were redefined as East of the Mahakali River. Now, if all the three streams are taken as originating streams of Mahakali River, then east of Mahakali River should fall east of Lipulekh, which is also the functional border between the two countries. Not forgetting that the Lipulekh area served as a trade route between India and Tibet till as late as 1962, the Indian position seems to be justified.

The bigger question is why Nepal is now bent on creating a border dispute over Lipulekh and Kalapani region, when in reality it stands to gain by the construction of this road as Nepal and India have an open border and Nepal can easily connect its road link with the road constructed by India and use the Indian roads for the Kailash MansarovarYatra and for trade links with Chinese territory. First is the fact that traditionally India has always preferred to let its border disputes linger on without resolving them with respect to all the countries like China, Nepal, Pakistan and even Bangladesh. This has been the policy of successive Congress and other governments in India and this has harmed India’s strategic interests in the long run. Whether it has been the Line of Actual Control along China, or Line of Control along Pakistan or the Indian border with Bangladesh.

Similarly, both, India and Nepal did little to resolve the bottlenecks along their border in Kalapani region of Uttarakhand. The Kalapani border has not been ever properly demarcated, especially the so-called ‘no-man’s land’ in the area. However, there is a new assertive positioning vis-à-vis its international borders since BJP has come to power in 2014. This also led to a joint team of security personnel from the Armed Police Force (APF) of Nepal and the Indian Sashastra Seema Bal (SSB) starting a campaign in November 2019 for clearance with regard to the “No-man’s Land” on the border near Sunsari and Morang on the Indian and Nepali sides, respectively. Following this, those who were found to have been encroaching on the area—between border pillar number 185/PP74 (main) to border pillar number 184 (main) were evicted. Of these border pillars, 23 were found to be missing in the Sunsari district. The main aim was to make the space well-defined so that there are no future troubles for the people who live in those areas and have the liberty to cross over the open system at any time. Nepal was obviously not happy with the development but raised a strong protest only after the inauguration of the new road.

In reality, as Indian Army Chief General Naravane pointed out, Nepal could well be raising the issue of road construction via Lipulekh to Mansarovar at the “behest of someone else” not taking the name but obviously referring to China which has been busy in engaging with Indian forces at various places like Leh in recent weeks.
Sources in RAW and the Military Intelligence believe that India has been assertive in its positions of late and this has unnerved China which is now attempting to use its puppet Communist supported Government in Nepal besides directly engaging with Indian forces at other places along the Sino-Indian border. However, the intelligence agencies claim that there is nothing to be unduly perturbed about over this development as Nepal does not have the resources and might to take on India on any border dispute. They also point out that Nepal hardly stands to gain in the long run and will end up trapping itself if it continues to become a willing tool of China vis-à-vis its relations with India. China does not have any record of helping any other country in trouble.

This apart, out of a total Nepalese population of 2.80 crores, over 80 lakh Nepalese citizens live and work in India. Therefore, there is no gain for Nepal in worsening its relationship with India. It is just the lust of some Nepalese politicians to remain in power at the mercy of China.

Intelligence sources point out that despite some open anti-India statements of Nepal Prime Minister KP Sharma Oli, a hardcore communist leader, the Indian Government has opened some back channels with all parties and the military leaders there in order to douse the current controversy and is confident of at least managing to put the problem on the back burner for some time!

(Arun Pratap Singh is a senior journalist based in Dehradun. Currently working as Special Correspondent with ‘Garhwal Post’, he has worked with top publications in Mumbai and Delhi too.
He has worked as Intelligence Officer with Govt of India and has keen interest in gardening!).