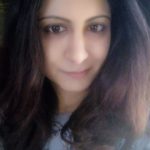 Eighty percent of forests have already been lost globally, and every day we continue to lose 80,000 hectares and degrade a further 80,000 hectares of tropical rainforests. This contributes in a major way to carbon emissions. It is estimated that about 25% of greenhouse gas emissions are from the land sector; the second largest source after the energy sector. About half of this (5-10 GtCO2e yearly) is due to forest loss and degradation. Furthermore, every hour 1,692 acres of productive dry land becomes desert, while our oceans have to deal with an accumulation of waste, particularly plastic waste. There is an island of garbage floating in the Pacific Ocean that covers an area of about 1.6 million square kilometres. It is made up mostly of plastic.

This level of environmental devastation is the result of unsustainable consumption, production and development patterns that have become the norm, both individually and collectively. For years, scientists and environmentalists have been warning us of the dire consequences of this path, and pressing for a change in these patterns, but we have been unable to take adequate measures to do so. Thus, despite the targets adopted by countries under the Climate Change Convention, we are still not on track with regards to reducing greenhouse gas emissions, so that warming does not increase above 1.5 degrees. The question on everyone’s mind has been – can we make the required changes, and what would that look like?

The lockdown has shown us that we do have the ability to unite and make the lifestyle changes that are required to respond to a global crisis. As with the COVID-19 epidemic, climate change will gravely endanger not just our lives, but our prosperity and overall future as well. As we have done in the case of the corona virus, accepting and adopting measures to protect ourselves and others, we must also make changes to stem the tide of climate change, for the benefit of present and future generations.

The COVID-19 crisis and lockdown has also brought alive the truth of the interdependence of all things. The principle of interdependence, beautifully illustrated by the Mahayana metaphor of the Net of Indra – a magical net suspended above the palace of Indra that extends across all directions. Upon each node is placed a glistening gem which reflects within it all the other gems in the net. In the same manner as each gem is reflected in the other and is connected by the net’s gossamer threads, we are connected and affect each other. The manner in which the Corona virus spreads is a clear example of this interconnectedness. The improvement in the environment as human activity has been limited owing to the lockdown, is also an illustration of the phenomena of interconnectedness.

For decades there has been excessive and relentless pressure on the earth’s resources, now owing to the lockdown our ecological footprint has drastically reduced, and the earth can breathe again. With reduced air and road traffic, across the world key environmental indices have seen improvements from air and water quality to carbon emissions. The reduction in movement and transportation has impacted the oil industry, while also making us realise that alternative methods of communication that lower our ecological footprint, i.e. teleconferencing, webinars and so forth are indeed viable. The increase in work-from-home with the aid of the internet as a means of communication has in fact led the Automobile Association in the UK to advise the UK government to start investing more in increasing internet bandwidth rather than building new roads. Indeed, this is a positive development in terms of the climate, as the oil industry is one of the largest contributors to carbon emissions.

This is also a positive development in terms of changes that have been discussed and debated for decades, but not believed to be achievable. Indeed, these changes are critical if we are to avoid runaway climate change and its catastrophic consequences. Entire countries could disappear under rising oceans, while famine caused by drought and crop failure would severely affect several parts of the world. Displacement would take place in the millions – it is estimated that over a hundred million could find themselves in this predicament. This could very well be the future that confronts us if we do not put in place adequate measures now. The lockdown has led us in the direction of a cleaner environment, and now it is up to us to decide how we re-orient ourselves as the lockdown opens and we re-start our lives; whether we choose the path of sustainability.

Dr. Tarini Mehta Is an Assistant Professor at Jindal Global University’s School of Environment and Sustainability and Assistant Dean of Student Affairs. She is also a lawyer specialising in Environmental and Human Rights Law.