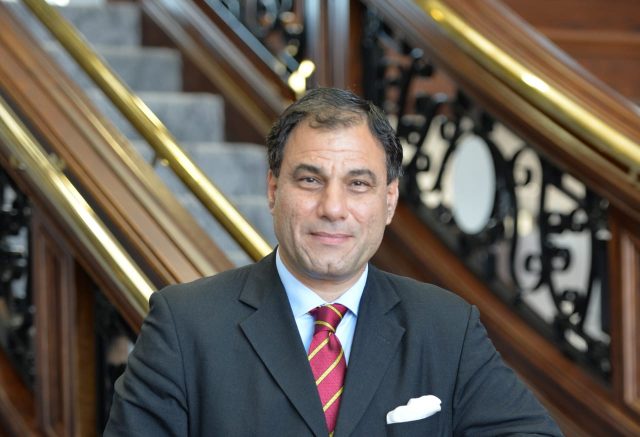 London, 16 Jun: Lord Karan Bilimoria has been elected as the new Confederation of British Industry (CBI) President at its Annual General Meeting (AGM) held, earlier, today. John Allan CBE, the outgoing CBI President, becomes the organisation’s Vice-President.
Indian-born Lord Bilimoria was elected by an overwhelming majority of CBI members (98%), becoming the first President in the organisation’s history from a (BAME) Black, Asian and Minority Ethnic background.
He is one of the country’s leading entrepreneurs. He founded Cobra Beer in 1989 – and remains its Chairman to this day – and was also founding Chairman on the UK-India Business Council. A former Chancellor of Thames Valley University (now the University of West London); he was the youngest University Chancellor in the UK when appointed. In 2014, he was appointed as the 7th Chancellor of the University of Birmingham. He is also Chair of the University of Cambridge Judge Business School Advisory Board. Lord Bilimoria has been an Independent Crossbench Peer in the UK House of Lords for 14 years.
“I am honoured to be President of the CBI during this hugely important time for UK business.As the four nations of our country embark upon an ambitious economic recovery plan, I will do all I can to help ensure we build back better through inclusive and sustainable growth.
“Ensuring the CBI is seen as a home for entrepreneursand SMEs is first among my top four priorities during my time as President. Secondly,establishing the UK as a trading powerhouse, which is vital for our future prosperity. Thirdly, I will use my background in higher education to champion the UK’s unique soft power offer. And last but by no means least is the importance of acting to increase inclusive workplaces. Diversity drives better decisions. And it will be my aim to get better Black, Asian and Minority Ethnic (BAME) representation in boardrooms across the country.”
On Lord Bilimoria’s election as President, Dame Carolyn Fairbairn, CBI Director-General, said:
“We’re delighted Lord Bilimoria has been elected as CBI President. His experience, global outlook and tenacity will prove invaluable to the CBI and the UK business community.”
Across the UK, the CBI speaks on behalf of 190,000 businesses of all sizes and sectors. The CBI’s corporate members together employ nearly 7 million people, about one third of private sector-employees. With offices in the UK as well as representation in Brussels, Washington, Beijing and Delhi, the CBI communicates the British business voice around the world.

Garhwal Post has established itself as a credible, balanced and forward looking newspaper in India. Based in Uttarakhand, the daily is read by the aware, socially and culturally responsible, high-income elite of society.
Contact us: info@garhwalpost.in
bwwm relationships blogs