By OUR STAFF REPORTER
DEHRADUN, 17 Dec: Urban Development Minister Madan Kaushik participated in the lottery for the allocation of houses under the ‘Pradhan Mantri Awas Yojana’ at the Municipal Corporation Auditorium, here, today. He said that houses would be made available to everyone in the state. For this, the government had initiated various plans. Talks were on with the MDDA, civic bodies, housing development department and builders. Work on this had been ongoing since 2014.
Mayor Sunil Uniyal ‘Gama’ said, today, the dream of the Prime Minister was being realised. In the coming days, this process would be further accelerated. MLAs Khajan Das and Vinod Chamoli also congratulated the government and MDDA.
In the allocation process, the lottery was held for 224 beneficiaries selected by the Municipal Corporation. An additional 20 per cent waiting list was also created. A total of 1500 applications were received. After verification, accommodation allotment will be finally done. The allottees list would also be uploaded on the website.
Vice Chairman, MDDA, Ashish Srivastava, Secretary PC Dumka and others were also present. 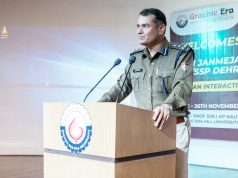 Interests can be many, but it’s important to have one goal: DIG Khanduri 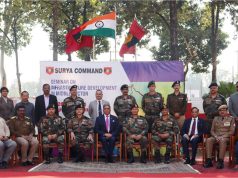