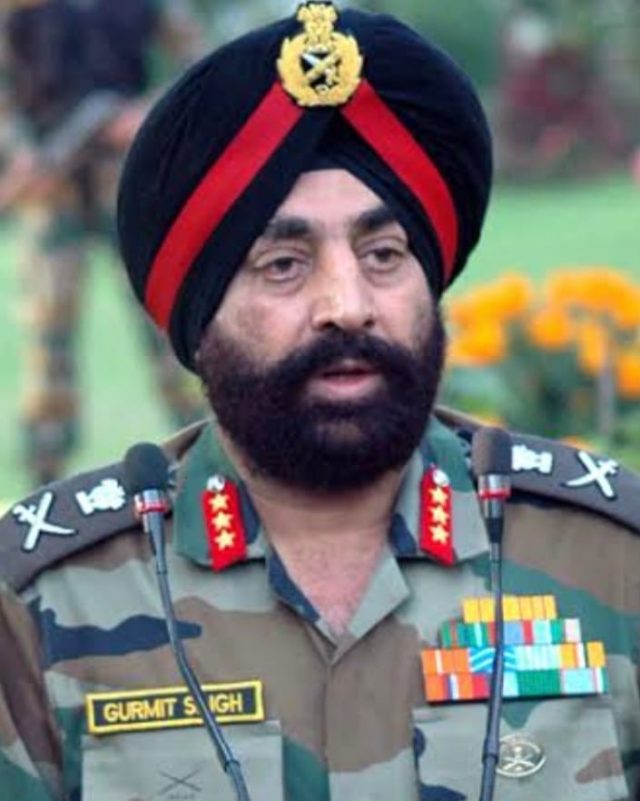 Dehradun, 9 Sep: Lt-General Gurmit Singh (Retd) has been appointed as Governor of Uttarakhand. Orders to this effect were issued late tonight by Union Home Ministry, after due approval from the President. Singh replaces Baby Rani Maurya who resigned from her post following directives from Union Home Ministry. It is learnt that Maurya has expressed desire to return to active politics in her home state UP.

Singh’s appointment is quite interesting in view of two facts. Fact number one is that Uttarakhand is state with a large population of serving and retired defence personnel, and therefore Singh’s appointment assumes a political message. Fact number two is the fact that the latest entrant to Uttarakhand Politics, the Aam Aadmi Party (AAP) has fielded Col Ajay Kothiyal (Retd) as its CM candidate. Singh’s appointment may also be aimed at countering any attempt by AAP to dent the traditional votebank of BJP, the defence personnel. Another notable point is the fact that Uttarakhand is a border state and has seen some intrusions by the Chinese defence personnel in the past. Singh has a huge experience of dealing with border conflicts and the state could benefit from his no nonsense and a tough administrator’s image.

It may be recalled that Lt-General Gurmit Singh, PVSM, UYSM, AVSM, VSM (Retired) superannuated from Indian Army in February 2016 after nearly four decades of service. He is recipient of four President’s awards for distinguished Service/Gallantry and two Chief of Army Staff commendation awards. He has also held prestigious appointments of Deputy Chief of Army Staff, Adjutant General and Corps Commander 15 Corps (Srinagar). He was Director Military Operations handling China operational and military strategic issues, and was also Additional DGMO. He has also participated in numerous Expert Group, Joint Working Group, Annual Dialogue and China Study Group meetings for over one decade. He visited China seven times for important military diplomatic and border/ LAC meetings. He had led Military Delegation to China (Beijing, Urumchi and Shanghai) in 2012.

He is a graduate of Defence Services Staff Course and National Defence College. He has done two M Phils from Chennai and Indore University on Defense matters. He researched on India China Boundary Issue in Institute of Chinese Studies/Jawaharlal Nehru University during his study leave from Indian Army. He is currently pursuing Ph.D from Chennai University on ‘Smart Power for National Security dynamics’.