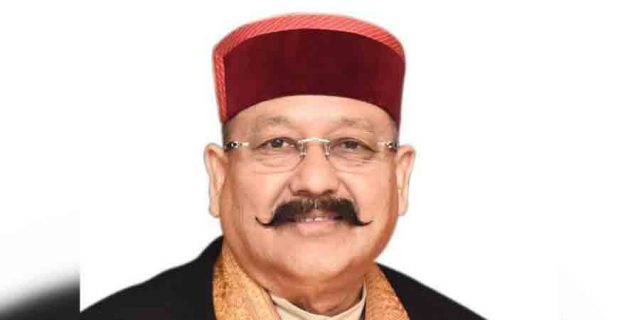 By Our Staff Reporter
Dehradun, 9 Jul: PWD Minister Satpal Maharaj today held a first review meeting of the state Public Works Department (PWD) after taking over. He sought details of the work being done by the department and the progress of pending and ongoing projects. He directed the officers to ensure full utilisation of the funds available to the department or else face adverse entries in their service records. He asked them to ensure that quality of construction was not compromised at all and to further ensure timely completion of all projects.
Maharaj noted that the condition of the majority of roads in the state was not good and that potholes were visible on the roads, which made it not only inconvenient but also unsafe to drive. He also directed that signboards along the roads that were not seen properly or had fallen be replaced urgently and installed in proper places to ensure proper visibility. In places where the signboards were not visible due to trees, lopping ought to be done to ensure visibility. The Minister also directed the department to ensure timely completion of road projects and, in particularly, the Bharatmala projects. He also directed cleaning of drains along the road to ensure proper drainage during the monsoon period.
Maharaj said it was very important to take care of proper alignment during road construction so that the journey was smoother and safer, on the one hand, and the consumption of fuel could be reduced on the other.
He also directed early completion of road projects that were important from the strategic and national security perspective. Present at the review were Principal Secretary RK Sudhanshu, Secretary in-charge Vijay Yadav, Chief Engineer Hari Om Sharma, Chief Engineer Ejaz Ahmed, Ashok Kumar, Pramod Kumar, PTCUL MD Trilok Singh Negi, and Finance Controller DC Lohani.