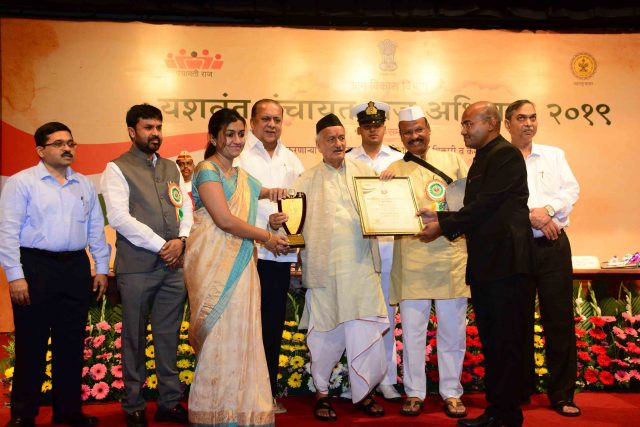 Mumbai, 12 Mar: Maharashtra Governor Bhagat Singh Koshyari has called for transforming villages to transform India.
Stating that India was termed as ‘Sone Ki Chidiya’ because of the prosperity of her villages, the Governor said making villages economically self-reliant and prosperous would transform India.
Commenting on the general trend of offering freebies and subsidies, the Governor expressed the view that the culture of offering and seeking subsidies should be shunned.
Governor Koshyari was speaking at a state function at which state level awards were presented to top performing Zila Parishads and Panchayat Samitis of the State, here, today.
The awards are given away under the ‘Yashwant Panchayat Raj Abhiyan’ to encourage panchayats doing excellent work of administrative management and development.
Referring to the information that panchayats are being allocated 14 of the 29 powers in the State, the Governor expressed the hope that more powers would be devolved to the panchayat bodies in the State. The Governor offered floral tributes before the photograph of the first Chief Minister of Maharashtra, the late Yashwantrao Chavan, whose birth anniversary was observed today.
Minister for Rural Development Hasan Mushrif, Minister of State for Rural Development Abdul Sattar, Minister of State for Environment Sanjay Bansode, Additional Chief Secretary Arvind Kumar and officials were present.
Zila Parishad (ZP), Sindhudurg, ZP Kolhapur and ZP Yavatmal were given the top state level prizes by the Governor. Panchayat Samiti Kudal, District Sindhudurg, Achalpur, District Amravati and Rahta, District Ahmednagar were given the top 3 state level prizes for Panchayat Samitis. Officials of Maharashtra Development Service and Rural Development were also felicitated by the Governor. 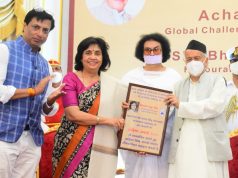 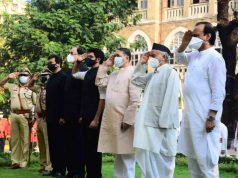 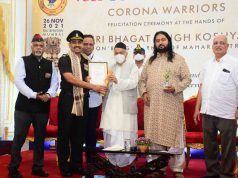