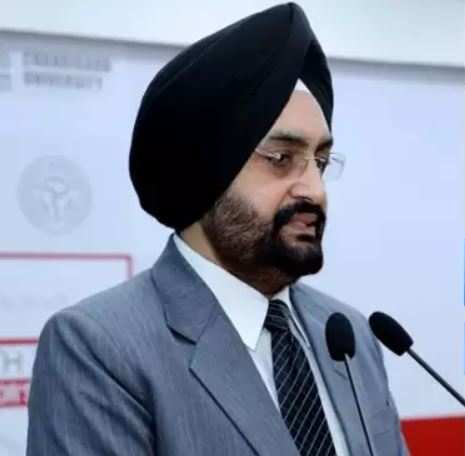 By Arun Pratap Singh
Dehradun, 10 Jul: New Chief Minister, Pushkar Singh Dhami, realises that he has little time left as CM before the assembly polls are announced in Uttarakhand, and therefore wishes to project an image of being a man of action. Soon after taking over as CM, one of his first major steps was to bring in Sukhbir Singh Sandhu as Chief Secretary in place of Om Prakash. Om Prakash is a highly experienced bureaucrat who is known among the junior bureaucrats and subordinate officers as a no-nonsense officer who uses prudence and wisdom in his decisions. Never in his long service, has Om Prakash faced any specific allegation of corruption or wrong doing. Yet there has been a particular lobby of vested interests that has always strived to create a rather negative image of him as an officer. However, given the fact that Dhami has little time before him and Sandhu is known as a man of action, having handled highway projects as chairman of National Highways Authority of India, Dhami deemed it fit to bring him as Chief Secretary to create a perception of man of action.
Having brought Sandhu as Chief Secretary, sources in the government and the top bureaucracy indicate that the CM would also go ahead with a major bureaucratic and administrative reshuffle sooner than later. To begin with, charge of various Secretaries in the Secretariat is going to be rejigged in a major way. In addition, a large number of district collectors who have already seen long terms as collectors would also be reshuffled in a big way, claimed the sources. So far, there is no change in the Police Department but a reshuffle is expected in the Police Department too. Senior IPS Officer Vinay Kumar is likely to be given a major responsibility soon. In addition, SSPs and SPs are also expected to be reshuffled sooner than later. Sources further claimed that PCS officers and PPS officers would also be reshuffled though some of them had been shifted by Dhami’s predecessor Tirath Singh Rawat. Such a rejib, sources close to Dhami claimed, would keep the officers on their toes and push them towards more proactive role which was a necessity before the elections.
Sources claimed that most of the homework to achieve this had already been done but some final touches would be given before transfers were exercised. This exercise would soon begin claimed the sources after Dhami’s return to Dehradun from his current Delhi tour.

Garhwal Post has established itself as a credible, balanced and forward looking newspaper in India. Based in Uttarakhand, the daily is read by the aware, socially and culturally responsible, high-income elite of society.
Contact us: info@garhwalpost.in
dating agencies in manchester hookup dating sites south africa british matchmakers