At this time when the entire world is reeling under the scourge of the Corona virus and the most affluent and scientifically advance nations are at their wits end how to contain and defeat it, our ‘not so affluent’ and ‘just developing’ nation, which is in the process of getting out of centuries of subjugation, has bravely stood up and put up resilience that has made the world notice with respect.

While most of the diversity and disparity ridden citizenry has to be appreciated for having fallen in line; defining the line, its implementation and conduct has been entirely the relentless effort of our national and state leadership and their teams led by the PM. The world leadership was mostly taken off guard but our leaders felt the tremors and anticipated the magnitude of the crisis to start preparing and dealing with the eventualities as they presented themselves. Most of our leaders and those in governance, born after independence, have had no previous experience of such a calamity because such a situation caused by a medical epidemic has not occurred post independence. Yet, this young lot did perceive the unforeseen and its effects and reacted appropriately. The echelons of our administrative system consisting of the police, the health departments as well as the provisioning and essential services personnel shouldered their responsibilities enthusiastically in order to help the nation fight the menace. All of them deserve our grateful ‘salute’.

However, a lot has also been revealed during this lockdown and imposition of ‘social distancing’. We have come to know the loyalties of some of our fellow citizens towards this land, of their birth and of their sustenance. Their main attitude was to defeat the government’s effort of containing and minimising the damage by the virus to individual citizens and the nation at large. By doing what they did they have added to the bitterness most of us already have against such persons for various other reasons. Why and how they did this is a subject for specific analysis and discussion separately. The fact remains that those lower level masses would rather be swayed by their half educated power hungry clerics than be inspired and led by some from their own faith who are very affluent and well placed icons of our society. This latter lot has been the strength of our culture. At these times they are the ones who are required to come all out to support the gigantic effort of our government by counseling these disloyal elements.

A lot is also being revealed about the strength and weakness of our social fabric starting from the basic social unit, that of a family to our entire national community. In our dominantly male chauvinistic society, the household chores are being revealed as the common responsibility of both parents and children, alike, and that in the order of priority, housekeeping is more important than any outside chores that we routinely perform in a normal day. These days of both husband and wife having a paid job, their family ties with each other and their children get severely disturbed. Physical and mental stress subverts the need for emotional reach out between the members. This, staying confined within the four walls of their abode, can bring them closer by melting the stiffness otherwise caused by leading a formal routine and helping to strengthen their relations by tolerating and adjusting. This should now also reveal to them the necessity of accommodating and respecting each other’s needs. On the contrary, some inflexible types would feel more suffocated and threatened by each other’s presence. ‘Give me some space’ is an oft used expression by the younger lot but now they would learn the meaning of ‘sharing space’. Of course some unfortunate families would also bear the brunt of the acutely chauvinistic male members who would rather get intoxicated and exhibit their frustrations by being violent with the women and the children. That’s the problem with drinking. If something bad happens, you drink in an attempt to forget; if something good happens you drink in order to celebrate; and if nothing happens you drink to make something happen. For such weak willed men, their wives and children are the handiest bags to punch, to hug, to drag, to throw and kick about and to hear them squeal with pain. Such families would need immediate counseling. Perhaps their compassionate neighbours, social workers, block officers and the police would help them get over such inhumanness. Psychologists and Marriage counselors may be made available to such disturbed families. Such families and their members, who fail to use this leisure to enhance their knowledge and brush up their talents or pursue their hobbies or improve their household settings or learn to notice each other anew, can never be happy even in normal times.

In these times of physical distancing, we have the blessed invention of e-communication to keep in touch and the phones, the computers, the television and other peripherals to bring the sources of knowledge and entertainment right into our homes. Play brain exercising family games like Chess or Cards or Sudoku. Improvise a chess board by drawing the black and white squares board on paper and use two coloured button sets marked with nail polish of various colours as King, Queen, Bishop, etc; or play ‘chaupar’ or Carom. It is, of course, of utmost importance to observe all prescribed precautions within the mohalla, housing society, village, apartment blocks and municipal wards at all times. It is not a curse but God sent opportunity to reconsider our patterns and attitudes of life.

We have seen and experienced the wild life too venturing into human habitats during this lockdown. It is their curiosity to find out why the humans have stopped rushing everywhere and raiding their abodes. Please do not show your compassion towards feeding them or befriending them. It is not ‘punya ka kaam’ but spoiling them as we have done to monkeys, dogs and stray cattle. Remember the Corona has originated with the animals.

We have to beware of those who instigate us against our own fellow humans in the police, in health services, in sanitary services and essential delivery personnel. Such instigators are not with us but with the evil named ‘Corona Virus’. Such agents of death must be exposed immediately and dealt with severely. Some of our professions like that of labourers, vendors, artisans, etc., who mostly constitute citizens from the rural poor back ground cannot now be taken for granted. These are the people who keep our society vibrant and progressive. This crisis has made us consider their plight and consider accommodating them more respectfully in our social fabric. They are mostly from farming background. They rush to urbanised areas to earn a better living and have sufficient to fill their bellies. If suitable facilities like in urban areas are provided them at their village levels to earn and eat enough, why would they become vagabonds and ‘stranded’ as migrants at such times? This is a food for thought for our planning experts. We are looking at modernisation of which automation is one. Let our construction and manufacturing industries adopt these to compensate for the lack of manpower. Being an agriculturally endowed land we can make our agri-produce become exportable to earn international revenue. Farming tourism can also be started attract investments from our own and foreign sources.

Keeping in mind now the punishing mood of the world towards the country of origin of this holocaust, any more investment and outsourcing would have to be done in new locations. This is the time for our own planners to make the terms suitable to attract such investors creating more jobs, bring in latest technologies and prosperity to Bharat as a whole. We can gain all this without losing our own uniqueness as the most ancient living culture of the world. Presently it looks that we would out live all other modern cultures. 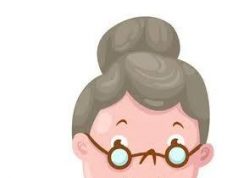 Garhwal Post has established itself as a credible, balanced and forward looking newspaper in India. Based in Uttarakhand, the daily is read by the aware, socially and culturally responsible, high-income elite of society.
Contact us: info@garhwalpost.in
https://garhwalpost.in/love-island-usa-hulu/