Haridwar, 19 Dec: On his appointment to the Board of Bharat Heavy Electricals Limited (BHEL), Manoj Kumar Varma, 57, has assumed charge as Director (Power) of the Public Sector engineering and manufacturing enterprise.
Prior to this, he was heading the company’s Power Sector – Southern Region (PSSR), Chennai, as Executive Director. Significantly, PSSR is executing major power projects in the southern region, contributing substantially to BHEL’s Power Sector business segment.
Varma is a Mechanical Engineering Graduate from SGSITS, Indore, and an MBA in Marketing from Bhopal University. He has 35 years of holistic and hands-on experience in the field of energy, industrial systems and infrastructure industries, covering major value chain functions viz. production, commercial management, marketing & business development, contract management, planning & development, information technology and strategic management.
Varma joined the company as an Engineer Trainee at BHEL’s Transformer Plant, Jhansi, and subsequently moved to its Heavy Electrical Plant, Bhopal, where he worked in various capacities.
Subsequently, he was transferred to the company’s Industry Sector business segment headquarters, New Delhi, as General Manager. During his career in BHEL, he has also headed the Ceramics Business Unit of BHEL, Bengaluru, with the Electroporcelains Division (EPD, Bengaluru) and Insulator Plant (IP, Jagdishpur) under its ambit. 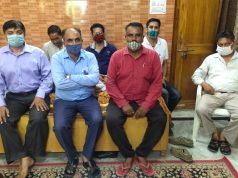 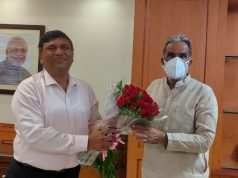