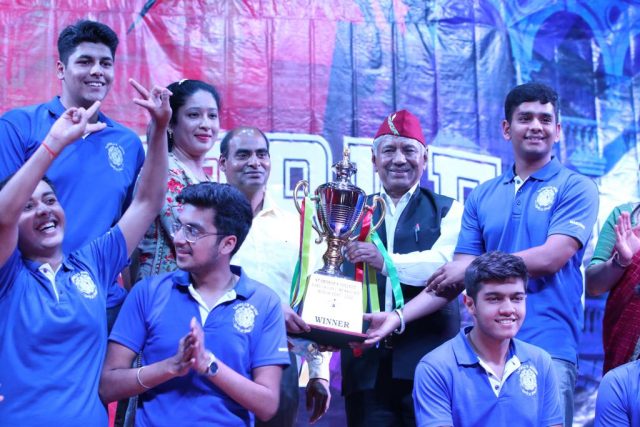 MUSSOORIE, 7 May: Manor Fest – the annual Inter-House Cultural Extravaganza was held at St. George’s College on 4-6 May. The Chief Guest for the occasion, Abhishek Kesarwani, Principal, Oak Grove School was welcomed at the Opening Ceremony. The programme began on an auspicious note with a prayer, the lighting of the ceremonial lamp and the declaration of the pledge to participate in the true spirit of sportsmanship. The events scheduled for the first day of the three day fest were Indian and Western Solo, Photography, Extempore and Spell Bee. Quiz for divisions 1 and 2 , Orchestra, Hindi poem, Indian and Western Group Singing, Khand Kavya, Choral Recitation and Dumb Charades took place on the 5th of May. Rangoli, English Story Telling, Declamation, Mime and Choreography were held on the 6th of May. The judges for the events on Day 1 were faculty from neighbouring schools- N. Gailey, Ritesh Bhattacharya, Dalia Ghosh, Samrat Bhatt, Neeraj and Sr. Sushma.

On the second day, the events were judged by Karuna Sharma, Anushay Green, Uma Deopa, Sarojini and Kanchan Sharma, J. Banerjee, Samrat Bhatt, Neeraj, Mike William. Nagarkoti, Shahi, Anupam Singh, R. Mark, C. Bhutia, Yashasvi Juyal, Harshit Gupta, Chetna Dhobal, Umesh Bisht and Rohini were part of the panel of judges on the third day. The programme concluded with the Closing Ceremony. The Chief Guest for the occasion was Narendra Singh Negi, one of the most prominent folk singers, composers and a poet of Uttarakhand. Negi distributed the prizes and congratulated the winners.